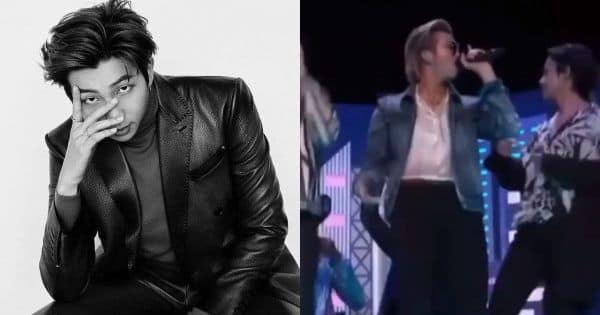 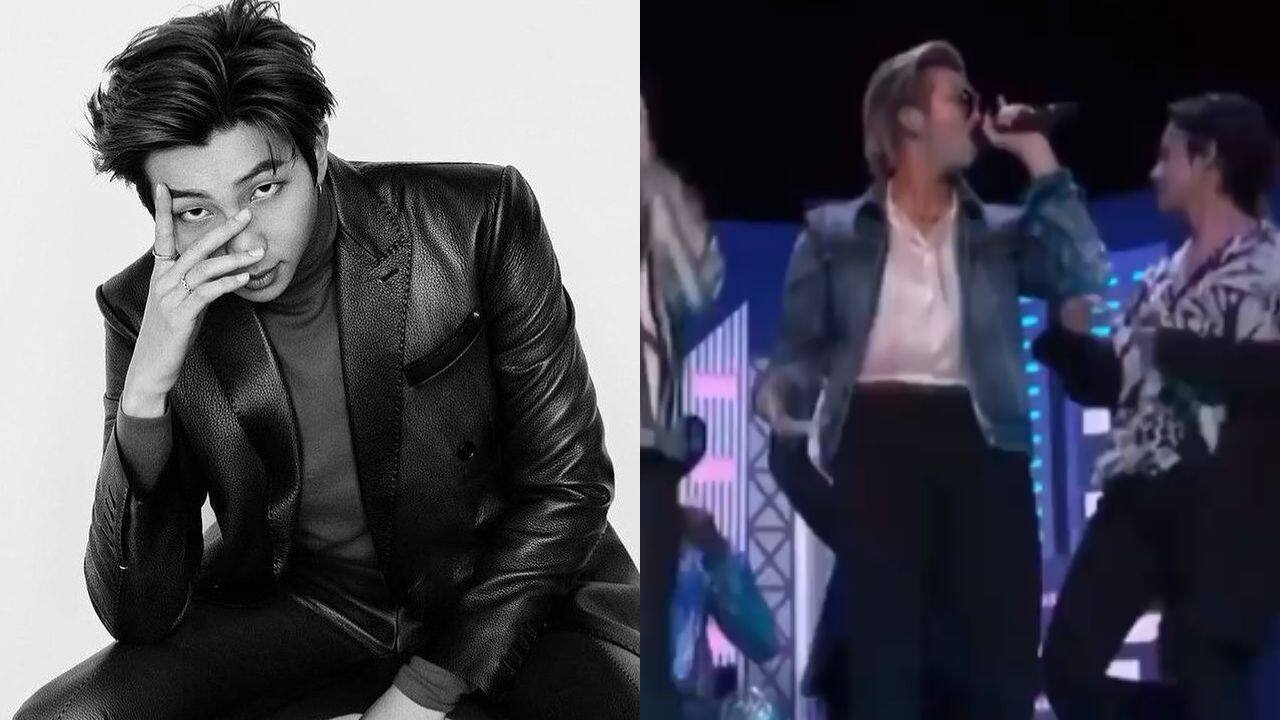 BTS members know how to pull each other’s legs. Last year, the group got together for a Let’s BTS session on KBS. The septet had a round-table conversation. It was quite funny. All of them had fun things to say about one another. As we know, BTS RM has been bulking up a lot since a year. SUGA, Jin and V decided to tease their frontman about his beefed up body and looks. RM got a little embarrassed and told them not to have a serious discussion about this. SUGA aka Min Yoongi his first friend in BTS was the first to start. He said that RM aka Kim Namjoon’s look at the Grammys was a very hot one. Also Read – BTS V and Park Hyo Shin’s musical night makes ARMYs and SOULTREEs hearts happy; take a look at the deleted stories

Well, RM had gone in for a denim look with glares as the K-Pop sensations performed with Lil Nas on the song, Old Town Road. SUGA said that Kim Namjoon looked like a boss with mullet hair. Jin also pointed out that RM has been working out a lot, which is why he is getting beefier. Needless to say, RM looked very embarrassed. Take a look at the video… Also Read – Naagin 6 BTS pictures leaked from the sets; Tejasswi Prakash starrer to be grander in brand new season – view pics

and thatg’s when namjoon learned to never give free rein to bts pic.twitter.com/iMEkvatKY7

Fans found the video rather cute. All of them were wondering if RM reads the deluge of thirst comments on him that fill social media. If he did, he would be aware that he is indeed handsome and sexy. Check out some of the reactions… Also Read – BTS: When Jungkook preferred SLEEPING over dating

him: guys i was joki-

bts: YOU ARE SO FUCK HOT MAN

no like cause its been almost a year, how’s grammys joonie still fresh on your mind? ?

they’re literally the reply section of twitter…they have a whole trove of opinions when it comes to Joon’s best looks and aesthetics, my god…they’re us

BTS is now on a break. It seems the holiday will be extended till March. The septet might do a special recording for the Grammys 2021. They have got their second nomination with Butter. SUGA and Jungkook fans can look forward to Stay Alive, the song from 7 Fates Chakho. Jin is riding high on two successful songs Yours and Super Tuna. Kim Taehyung aka V is creating waves with his Insta posts and stories. His song Christmas Tree is also a bumper hit.