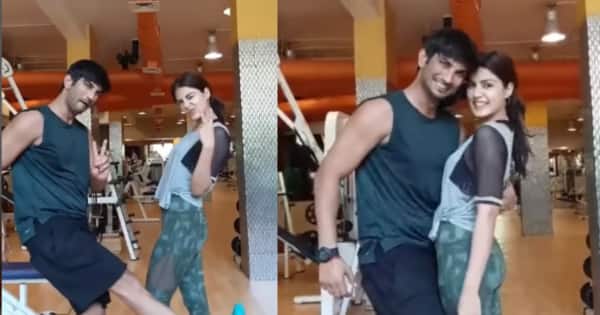 Remembering Sushant Singh Rajput on his birth anniversary, Rhea Chakraborty shared an unseen video that sees the late star goofying around in the gym.

It is Sushant Singh Rajput’s birth anniversary today. The Kai Po Che actor’s sudden demise had sent shockwaves across the industry. Rhea Chakraborty, who was his girlfriend then, got mired in a controversy as the late actor’s family filed a complaint against her. She was even jailed after Narcotics Control Bureau carried out an investigation. Today, being his birth anniversary, Rhea shared a throwback video of SSR from their happy times. It sees Sushant being all goofy in the gym whilst posing with her. In the caption she wrote that she misses him a lot. On Insta stories, she also shared a sweet picture with Sushant Singh Rajput. Watch the video above. Also Read – Remembering Sushant Singh Rajput: Dil Bechara to Kai Po Che, 5 must watch movies of Sushant