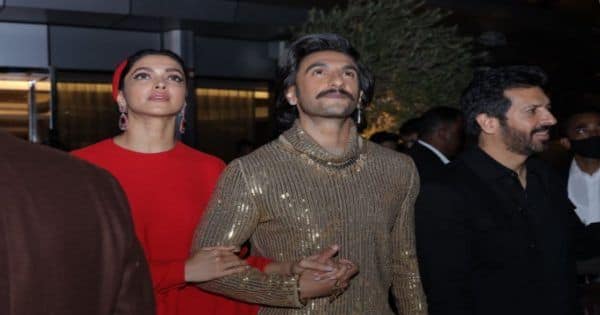 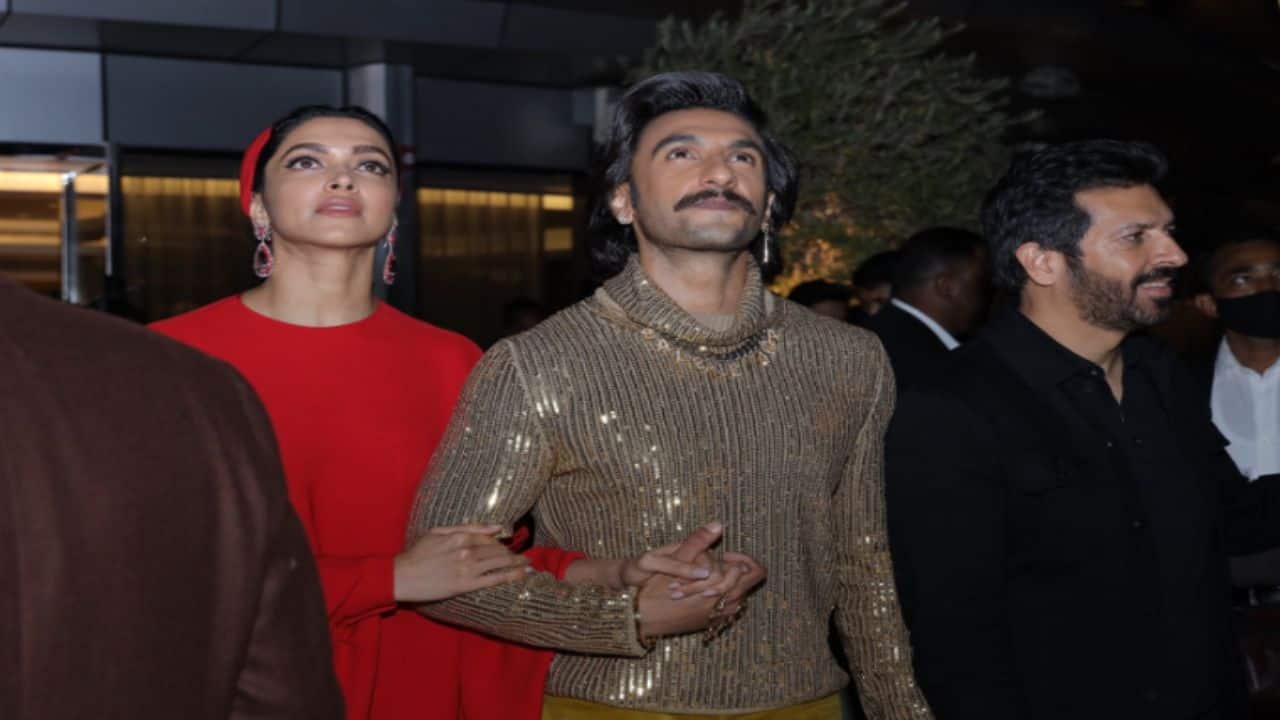 Our Ranveer Singh does not shy away from flaunting his over-the-top avatar with elan. Deepika Padukone and he were in Dubai for the unveiling of the 83 trailer on the Burj Khalifa. Some days back, we saw the trailer of Kurup on the iconic landmark. Ranveer Singh wore a gold shimmering hoodie for the event while Deepika Padukone was in a red outfit. In fact, Ranveer Singh reminded us of a smaller version of Bappi Lahiri in that pic. He wore brown velvet pants with that golden hoodie. Deepika Padukone also wore something little different. Take a look at the pic… Also Read – From Kangana Ranaut to Ranveer Singh – 10 celebs who opened up on facing casting couch

A fan commented, “His stylist should be put behind the bars” while another person said that he could not control his laugh. One fan felt the pic of the real Kapil Dev should have been on Burj Khalifa than that of Ranveer Singh. The person wrote, “Seriously is this worth or they need to show actual Kapil sir pic over there.” Some of the comments were directed to his unisex dressing style. He wrote, “Fir se phen liye Deepika ke kapde,” and seeing the dazzle one wrote, “Yeh chamkili light kyu banke gya hai?”. Annoyed, another fan commented, “Where is super dislike button for all his outfits… or is he coming next in Ramayana or Mahabharat epics!” Also Read – Trending Entertainment News Today: Katrina Kaif changes Instagram DP post marriage, Vamika’s first pics out, 83 gets rave reviews and more

Anyways, the couple are back in town. It looked like Ranveer Singh was feeling chilly so he wore a beige coloured trench coat on his return. 83 is about the monumental victory of India at the 1983 World Cup. The movie has Deepika Padukone as Romi Dev. The star cast also includes Pankaj Tripathi, Harrdy Sandhu, Adinath Kothare, Chirag Patil, Ammy Virk and others. It is directed by Kabir Khan. Also Read – 83 Movie Review: Ranveer Singh-Deepika Padukone’s film gets a standing ovation from the audience – Watch Video