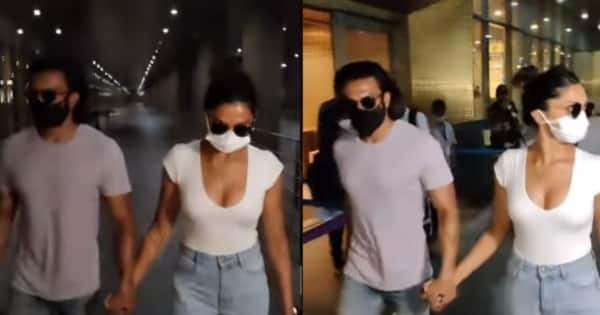 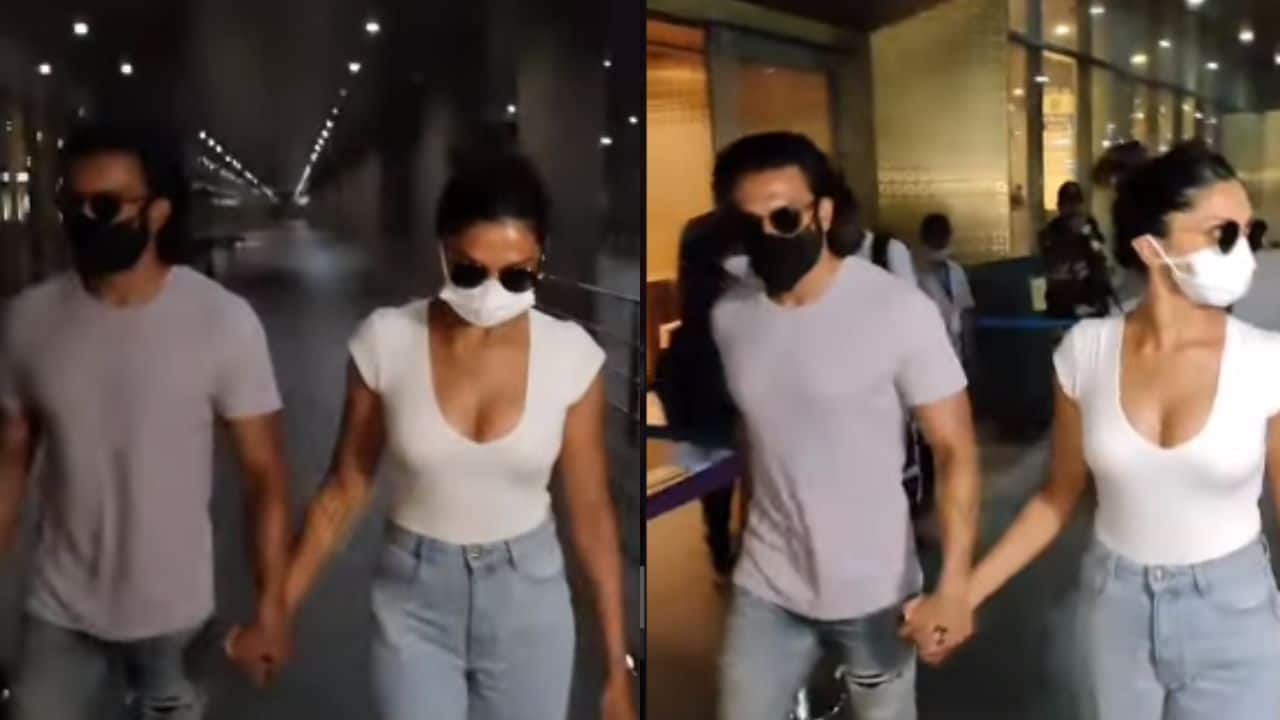 Bollywood’s power couple Ranveer Singh and Deepika Padukone have returned after a grand vacation at an undisclosed location. The two were spotted at the Mumbai airport by the paps. Both, Deepika and Ranveer were seen walking hand-in-hand and gave major #lovegoals. The two painted the town red as they complemented each other in white and blue outfits. Ranveer looked handsome in a white t-shirt paired with blue ripped denim, while his ladylove Deepika looked lovely in a white top and blue jeans. Their video from the airport went viral on social media and several fans showered their love for the two for their chemistry. Also Read – Trending Entertainment News Today: Bollywood celebs react on Virat Kohli leaving test captaincy, Sushmita Sen’s ex-BF Rohman Shawl shares life lessons post break-up and more

While others trolled the two brutally for their style, flop films, and much more. Netizens were taken aback to see Ranveer in simple attire as they expected him to wear quirky outfits. One netizen wrote, “Ye ranveersingh he nahi me nahi manta wo Itne normal Kapde pehan hi nahi sakta,” while other said, “Rather news should be Ranveer spotted in normal clothes…” Also Read – Trending South News Today: Vijay Deverakonda gets into beast mode; Preggers Kajal Aggarwal glows in latest pics and more

Watch the video here – Also Read – Naga Chaitanya reveals he shares best onscreen chemistry with THIS actress; you’ll be surprised to know who

A few days back, Deepika shared a selfie picture of herself on Instagram and was trolled by her fans. In the caption, she said that she attempted the hair flip which she completely failed at. Ranveer dropped a mushy comment and said, ‘Teri zulfon mein khoya rahoon’ and was trolled by netizens.

On the professional front, Ranveer and Deepika were last seen in Kabir Khan’s 83. The biographical sports drama failed to impress the viewers and did not do well at the box office. Ranveer will be next seen in Jayeshbhai Jordaar along with Arjun Reddy actress Shalini Pandey. While, Deepika will be seen in Gehraiyaan alongside Siddhant Chaturvedi, Ananya Panday and Dhairya Karwa. The film will release on Amazon Prime on February 11.

Bollywood Shibani Dandekar gets a special tattoo inked ahead of her wedding with Farhan Akhtar – view pic Theviraltime
Bollywood Anushka Sharma pens heartfelt note as Virat Kohli steps down as India Test Captain; ‘Vamika will see the learnings of these 7 years’ Theviraltime
Advertisement