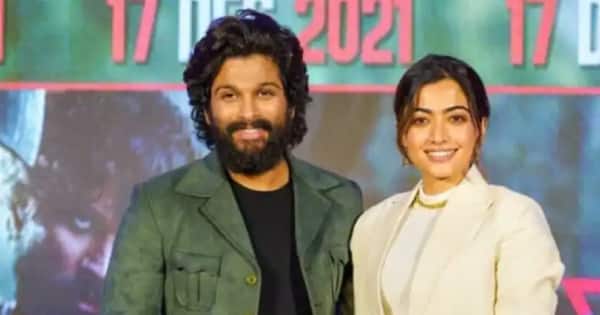 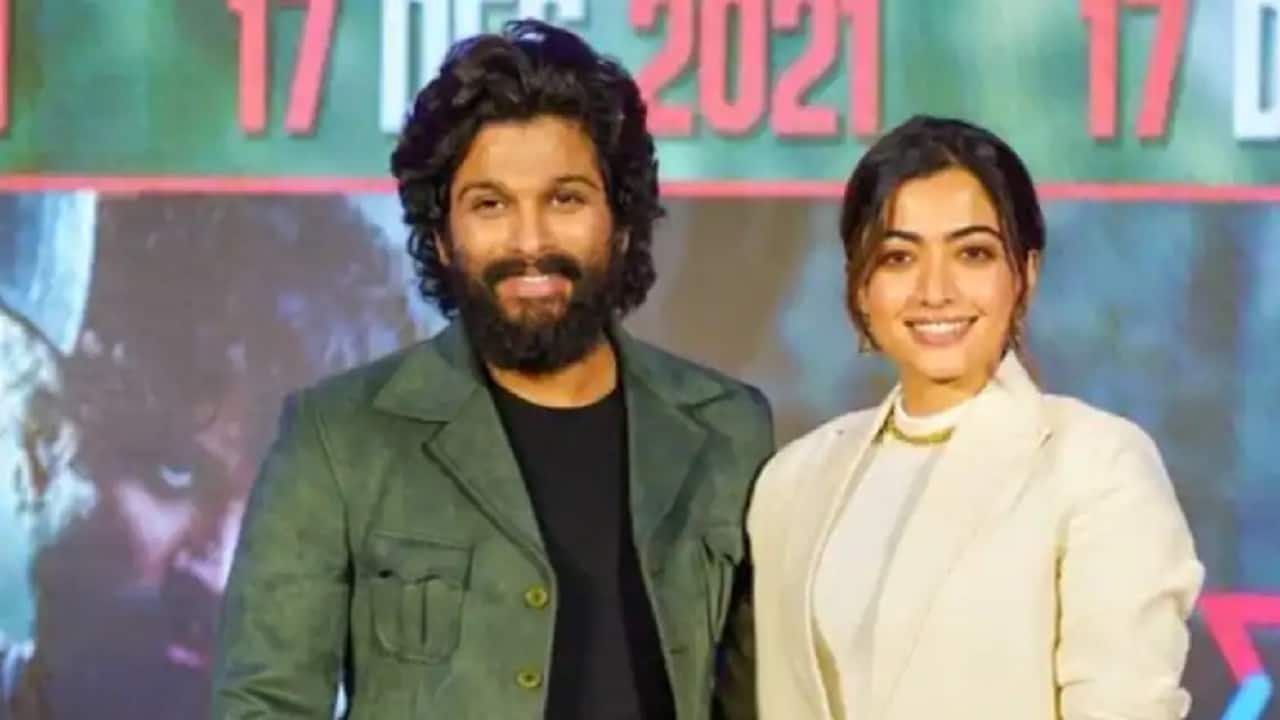 Rashmika Mandanna who has become the most popular actress in the south is all set for her next release Pushpa along with Allu Arjun. And seems like the bond between them have become even more stronger as now the lead actor has the nickname for her and it’s related to her being the National crush. Also Read – Pushpa FIRST movie review OUT: Allu Arjun and Rashmika Mandanna’s film is TERRIFIC

Well at a recent event of Pushpa, Allu Arjun spoke about working with Rashmika and even revealed that he calls her Crushmika. Isn’t that unique Also Read – Did Naga Chaitanya REVEAL the reason behind split with Samantha Ruth Prabhu and take a sly dig at her? Watch video

The actor said, ” The national crush. I call her by the pet-name Crushmika. We work with a lot of people but out of those, there are only a few people that we love. Rashmika is a co-star I absolutely love. She’s very sweet, very simple, very down to earth, very beautiful, very intelligent, and above all a very very talented girl.” Also Read – Before Allu Arjun’s Pushpa: The Rise release, a look at Hindi dubbed versions of South BIGGIES and their box office collection

He further heaped praises for the actress that left her highly motivated ” She is already on top of her game but with the potential she has, I feel like she can do much much more. In the coming years, with the right films and right directors, I believe that her potential is far far more. She is a wonderful artist. I wish you all the best Rashmika.”

Rashmika become a household name across South India. Having established herself with films such as Kirik Party and Geetha Govindam, the actor, who made her Tamil debut with Karthi-starrer Sulthan.

The much-awaited film of Allu Arjun, Rashmika Mandanna and Fahadh Faasil, Pushpa – The Rise releases on December 17, 2021. The second part of the film will be released in 2022.