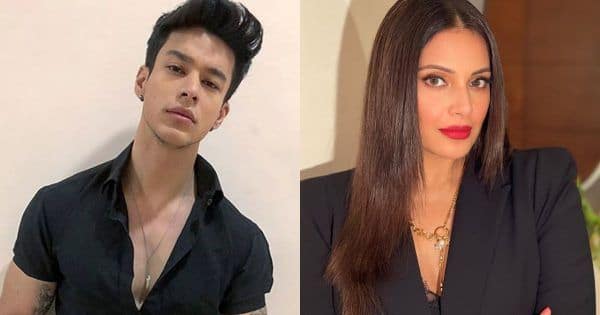 Pratik Sehajpal is getting congratulatory notes from all corners. The runners-up of Bigg Boss 15 is winning hearts and how. On the show, Pratik Sehajpal played a solo game. After being scolded by Salman Khan at the opening week, Pratik Sehajpal picked up his game. Of course, there were people who said that he instigated people to fight and later took sympathy. But it cannot be denied that he provided all-round content in Bigg Boss 15. On the show, he also showed his selfless side as he supported friends in tasks without expecting anything in return. Pratik Sehajpal’s friendship with Shamita Shetty and Nishant Bhat was also well-appreciated. Also Read – Bigg Boss 15: Karan Kundrra spends first night after the show with Tejasswi Prakash and her parents as the champ gets a celebratory welcome home — view pics 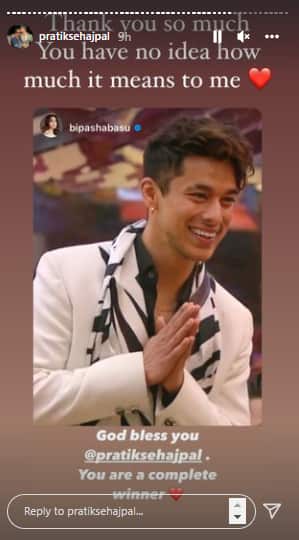 Bipasha Basu put up an Insta story telling Pratik Sehajpal that in her eyes he was the winner. He shared it and wrote that it meant the world to him. The Bigg Boss 15 runners-up is finally home. His sister Prerna and mom Shailja had come for the finale. Fans were moved to see how Pratik Sehajpal broke down after being declared as the runners-up. Everyone will agree that he gave his heart and soul to the show. He was part of Bigg Boss OTT and was directly quarantined from there for the show. Also Read – Naagin 6 BTS pictures leaked from the sets; Tejasswi Prakash starrer to be grander in brand new season – view pics

Bigg Boss 15 grand finale concluded with fans bashing the makers and channel for being biased. Millions feel that Pratik Sehajpal, Karan Kundrra or Umar Riaz would have been a better winner. This is not the first time people are slamming the channel as biased. Tejasswi Prakash has also bagged Naagin 6 with Colors. It is a double win for her.