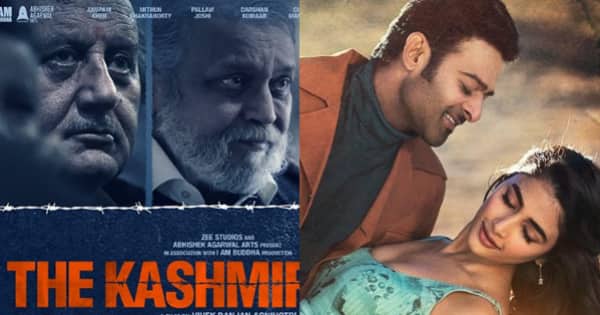 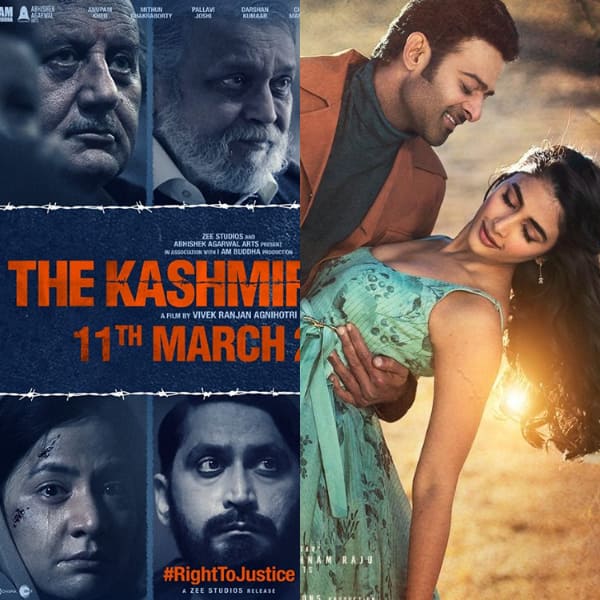 Prabhas and Pooja Hegde starrer Radhe Shyam and Vivek Agnihotri’s The Kashmir Files were released yesterday. The two films are quite opposite. While one is a sci-fi romance drama set in a different era, the other is a drama based on the exodus of Kashmiri Pandits during the Kashmir Insurgency. And now box the collections of Radhe Shyam and The Kashmir Files are out. Radhe Shyam has minted about Rs 4.50 crore whereas The Kashmir Files have stood tall and minted Rs 3.25 crore. A box office report of Radhe Shyam has been dubbed ‘disappointing’ outside the south belts. Radhe Shyam was said to storm at the box office, however, it has not met the expectations, it seems. Radhe Shyam, it is said that has done very well down in the south. Also Read – South News Weekly Rewind: Radhe Shyam sets cash registers ringing, Samantha Ruth Prabhu returns her wedding saree, Bhavana recalls 2017 sexual assault case and more

The Kashmir Files which stars Mithun Chakraborty, Anupam Kher, Darshan Kumar, Pallavi Joshi and Chinmay Mandlekar to name a few braved the ‘Prabhas storm’ quite well. It was stated that the film might not be able to brave the Prabhas storm. As per a report in BOI, The Kashmir Files had a limited screen release. It is said about 700 screen release. Also Read – Charu Asopa-Rajeev Sen marriage in trouble, Divya Agarwal-Varun Sood trolled for tweets on spilt , Nakuul Mehta defends low TRP of Bade Acche Lagta Hain 2 and more: TV News Weekly Rewind

Our in-house critic Murtuza Iqbal gave The Kashmir Files 3 stars and wrote, “In 2020, a film named Shikara directed by Vidhu Vinod Chopra was also based on the exodus of Kashmiri Hindus. While Chopra had decided to tell the story with a backdrop of a love story, Agnihotri has taken a different route. He has written and narrated the story in a dark and very hard-hitting manner. He takes us into a totally different world. There are scenes that will give you goosebumps and it will keep you on the edge of the seat.” Also Read – Trending Entertainment News Today: Kareena Kapoor Khan shares unseen picture of Karisma Kapoor’s daughter Samaira; The Kashmir Files full movie leaked online and more

For Radhe Shyam, our critic gave two and a half stars. In his review, he wrote, “Are actors, beautiful costumes, and a wonderful background score enough to make a good film? Well, no! The film’s screenplay and narration are the most important elements that make a film worth a watch, and that’s where Radhe Shyam falters. The first half of the movie is good in bits and parts, and the second half starts well, but things get ruined further. The hero, who in the whole film is just a normal guy-next-door, becomes a Baahubali in the climax and performs stunts like he is pro at it. Also, why was this film named Radhe Shyam? There’s no Lord Krishna and Radha angle in it, nor the name of the characters are Radhe and Shyam.”

Bollywood Malaika Arora says ‘I’d rather be known as sexy and spicy’ than ‘pheeki and thandi’; shares her struggles of keeping fit Theviraltime
Bollywood Alia Bhatt TRUMPS over Deepika Padukone, Katrina Kaif and other Bollywood actresses to be the MOST POPULAR Female star Theviraltime
Advertisement