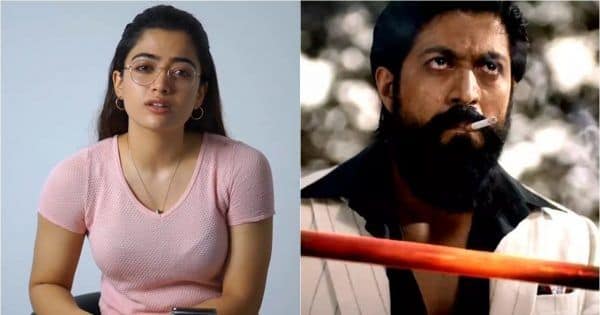 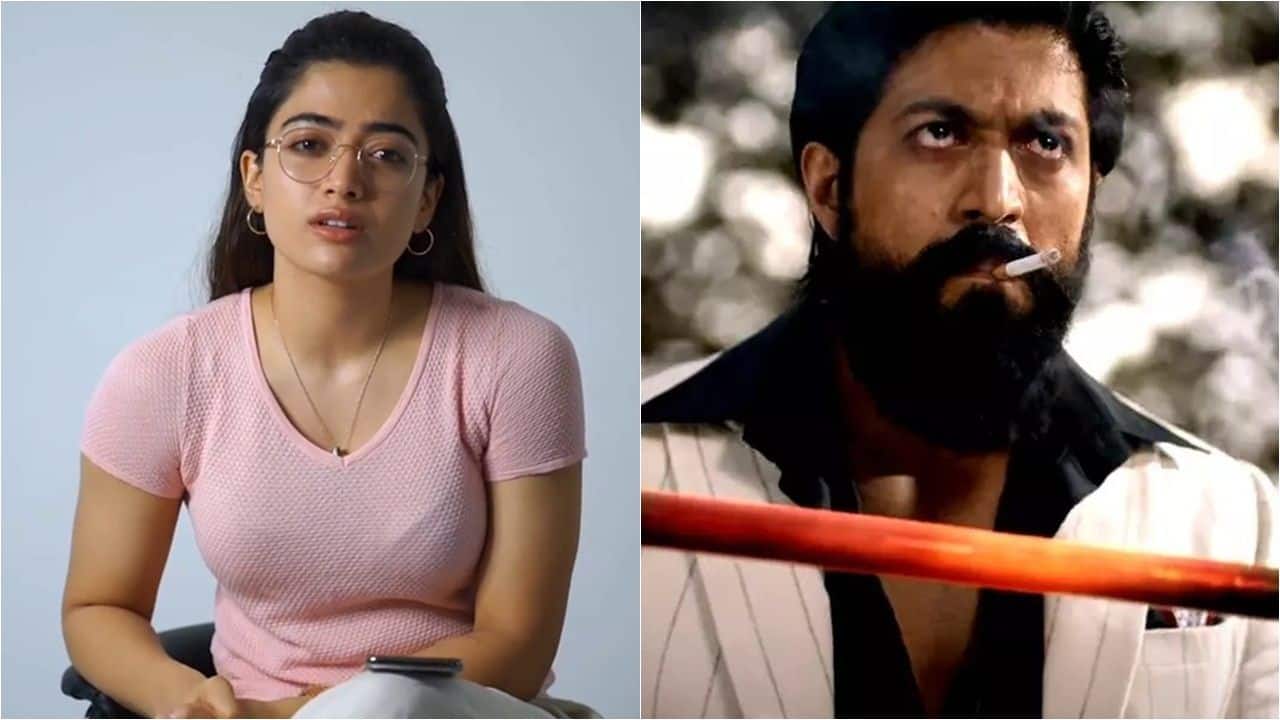 Rashmika Mandanna is currently basking in all the glory over the massive success of her recently released film Pushpa: The Rise starring Allu Arjun in the lead. She has been juggling between shootings and promotions while enjoying all the attention she is getting across the country. However, there was a time when Rashmika was caught in the controversy web when she had named KGF actor and Kannada superstar Rocking Star Yash as a ‘Big Showoff’ in the Sandalwood industry. And the moment she did that, she found herself at the receiving end of heavy backlash from Yash fans. Also Read – As Allu Arjun-Rashmika Mandanna’s Pushpa The Rise sets the cash registers ringing, director Sukumar spills the beans on Pushpa The Rule

It had so happened that, back in 2017, Rashmika was asked in an interview to share her opinions on who she thinks is a big showoff in the Kannada film industry. Initially, Rashmika looked quite hesitant while naming the person but later gave in to the question and took Yash’s name. Also Read – Pushpa box office collection day 5: Allu Arjun starrer stays SUPER STRONG on Tuesday

Her statement irked Yash fans to a great extent. They began trolling Rashmika on a great scale and demanded an apology from her. In fact, even Kannada film director Santhosh Anandram had expressed his displeasure over Rashmika’s statement and shared on Facebook that ‘Yash was not a Mr showoff but instead was the Mr. Showman of Sandalwood for all the difficulties that he went through to attain the status that he has gained now.’ Also Read – Pushpa star Rashmika Mandanna does not mince words on the ugly side of showbiz; reveals it ‘hurts bad’

As the situation was going out of control, both Yash and Rashmika had to issue public statements to calm down the matter. Breaking his silence on Rashmika’s statement, Yash had requested his fans to stop trolling Rashmika once and for all. He added that though he has never met Rashmika or even spoke to her ever, she is entitled to express her own opinions on any given matter.

“I am just an actor who is looking forward to give you entertainment and gain respect and love from you people. I have made it a habit to ignore some stuff that do not pertain to me or that deem unnecessary to me. My fans love me and I cannot restrain myself from responding to their grief at their time of distress. I can never ever repay back the love my fans have given me and just for that sake, I will forever be indebted to you people. I do not know Rashmika Mandanna personally. We have neither met nor spoken to each other. But that does not mean she cannot have an opinion about me. It is her opinion about me and I am requesting you all not to downgrade her opinion. Respect it, as I do. Let us respect everyone’s opinion as each individual will have their own perspectives. Nobody’s opinion can change me or my character. There is nothing to rant about this matter so I request you all to drop this once and for all,” read Yash’s Facebook post.

Rashmika too had issued a statement on Facebook saying that she is upset with the turn of events because of her one statement on Yash. She had said that she did not mean to disrespect anyone adding that she admires Yash’s work and been an inspiration for her.

“Dear all, at the outset let me share that I too am indeed extremely unhappy and disturbed by this sudden turn of events with regard to a talk show, which was shot 7 months back, even before the release of Kirik Party. The interview was aired on Star Suvarna during the release of Kirik Party and re telecasted recently. I have no disrespect towards Yash Sir or anyone. In fact on many occasions, I have expressed my admiration towards Yash Sir, his talent and how he has inspired everyone, including myself.

The media has sadly ignored that I mentioned Santhu Straight Forward as the movie that I enjoyed most at that time. When you edit and take just two lines from the most non-serious part of the show and give it spin… the context is lost. That is really sad. It wasn’t a statement I made but it was a game of rapid fire and never in my dreams I had any idea that this would be taken so seriously ignoring my admiration and all the positive statements I had made about him. I am sorry if I have hurt any of your feelings.

I did not intend to. My upbringing will never let me do that. I request everyone to have a look on my other interviews and fb lives where I have appreciated Yash Sirs work and when asked I have also expressed my desire to work with him. The media has been extremely supportive of my career ever since I entered the industry and has supported me in my every move. I whole-heartedly request the same media to kindly not blow this issue out of proportion and further hurt Yash sir and his near and dear ones. Let us please leave this bitter episode behind and look forward to better things. My sincere apologies for the misunderstanding caused . Nimma aashirvada sadaa irali. Nimma Rashmika,” read her Facebook post.