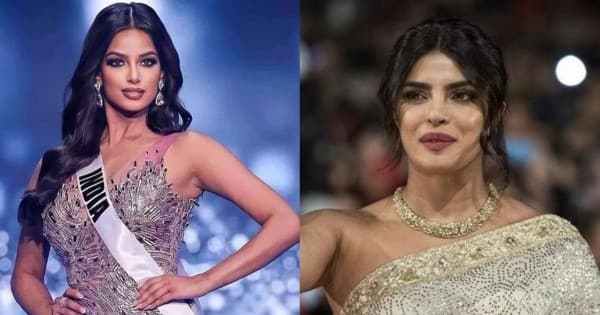 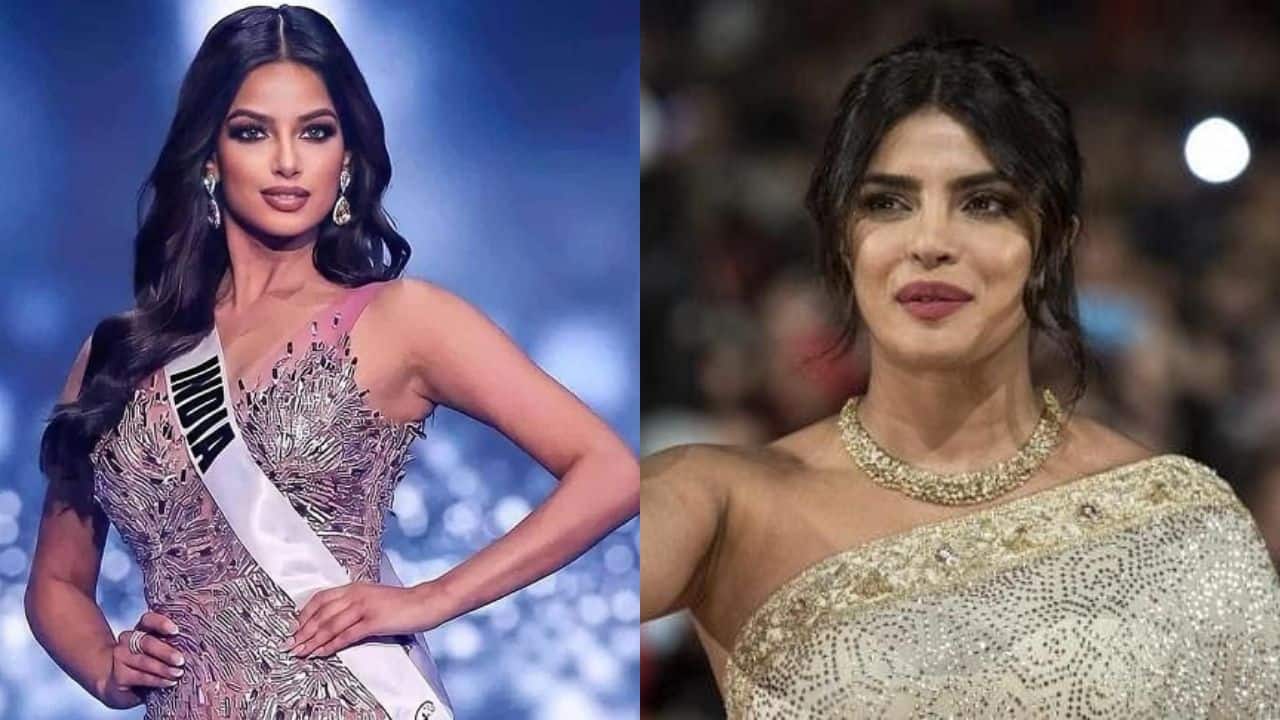 Miss Universe 2021 Harnaaz Sandhu recently expressed her desire to feature in the biopic of Priyanka Chopra Jonas. The gorgeous Harnaaz even said that she would love to portray PeeCee’s role in her biopic. Moreover, she added that Priyanka has always been her inspiration throughout her journey as a model. Harnaaz Sandhu’s victory was lauded by everyone and Priyanka also expressed her happiness and praised Harnaaz. Harnaaz represented India at the 70th Miss Universe pageant and brought the crown back to India after 21 years. Actress Lara Dutta has crowned Miss Universe in 2000 and after 21 years now Harnaaz brought the crown back in the country. In an interview with a media portal, Harnaaz was questioned in which actor’s biopic she would love to feature. Also Read – Priyanka Chopra Jonas to Shruti Haasan: How lip jobs transformed these 5 actresses will leave you STUNNED!

Harnaaz was quick when she said, ‘Priyanka Chopra. I would love to love to be part of that. I think she has inspired me throughout her journey and she will keep on inspiring millions of us’. A video of Harnaaz wherein she was crowned as the Miss Diva 2021 is going viral on social media wherein she confessed her love for Priyanka Chopra. She said, ‘I love Priyanka Chopra. So I will always choose Priyanka’. Several times earlier, Harnaaz had praised Priyanka and called her the biggest inspiration. Harnaaz said, ‘Priyanka Chopra has been my biggest inspiration. She has created her own brand and represented India not only in beauty pageants but also through her acting and singing talent. She has made India proud and I am hoping to follow her footsteps and bring glory back the way she did’. Also Read – From Shah Rukh Khan to Priyanka Chopra Jonas: This was the first salary of these 5 Bollywood actors and how much they earn now will leave you STUNNED!

On the other hand, Priyanka also praised Harnaaz’s victory and lauded her by saying, ‘I was very excited about it. The last time India had a Miss Universe was Lara Dutta in the year 2000. That was the year that I won Miss World as well. She (Harnaaz) has brought home the crown after 21 years and she is 21, so she was born in the year that I won Miss World. I’m so excited for her and I hope this is the beginning of an incredible journey. She’s very smart and gorgeous, obviously, and I’m very excited for her.’ Also Read – Katrina Kaif to Shah Rukh Khan: Here’s how much Bollywood actors charge for dancing at big fat Indian weddings