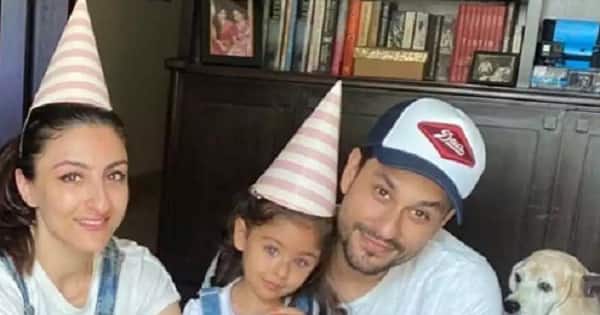 Kunal Kemmu shares a horrific incident that his family and he encountered on Sunday morning while driving. He took to his Instagram and posted a complaint agaisnt ‘PY registered car driver who was driving recklessly and that put him, his wife Soha Ali Khan, daughter Inaaya and their neighbour and her children’s lives in danger. Sharing a picture of the car on his Instagram stores, Kunal tagged Mumbai police and wrote, ” This morning at 9 am I took my wife, daughter and my neighbour along with her two toddlers for breakfast and on the way in Juhu this PY registered car driver was driving recklessly not just honking and trying to overtake but then suddenly braking in front of my car.” Also Read – Aditya Narayan, Imran Khan and more popular child artists who failed to chart successful acting careers as adults [VIEW PICS] 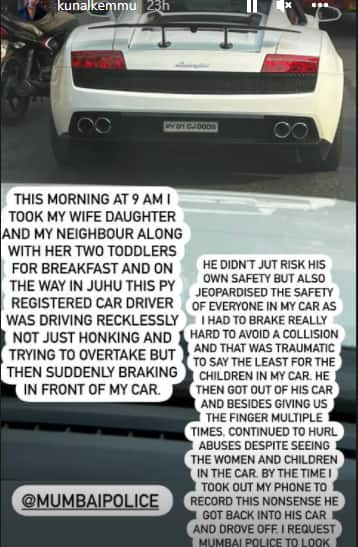 Kunal further mentioned how the driver’s reckless behaviour didn’t only risk his own life, ” but also jeopardised the safety of everyone in my car as I had to brake hard to avoid a collision and that was traumatic, to say the least for the children in my car.” Kunal even stated that despite the driver being sorry about what he did, he came out of his car and hurled abuses at them, ” He then got out of his car and besides giving us the finger multiple times, continued to hurl abuses despite seeing the women and children in the car”. Kunal tagged the Mumbai Police and demanded strict against the driver of the car, ” By the time I took out my phone to record this nonsense he got back into his car and drove off. I request Mumbai Police to look into this obnoxious and pathetic behaviour.” We consider of the driver will face the brunt of his obnoxious behaviour.