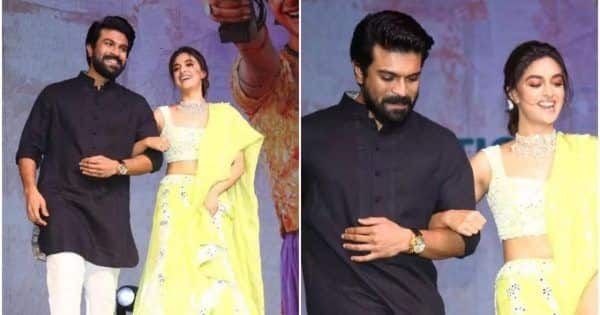 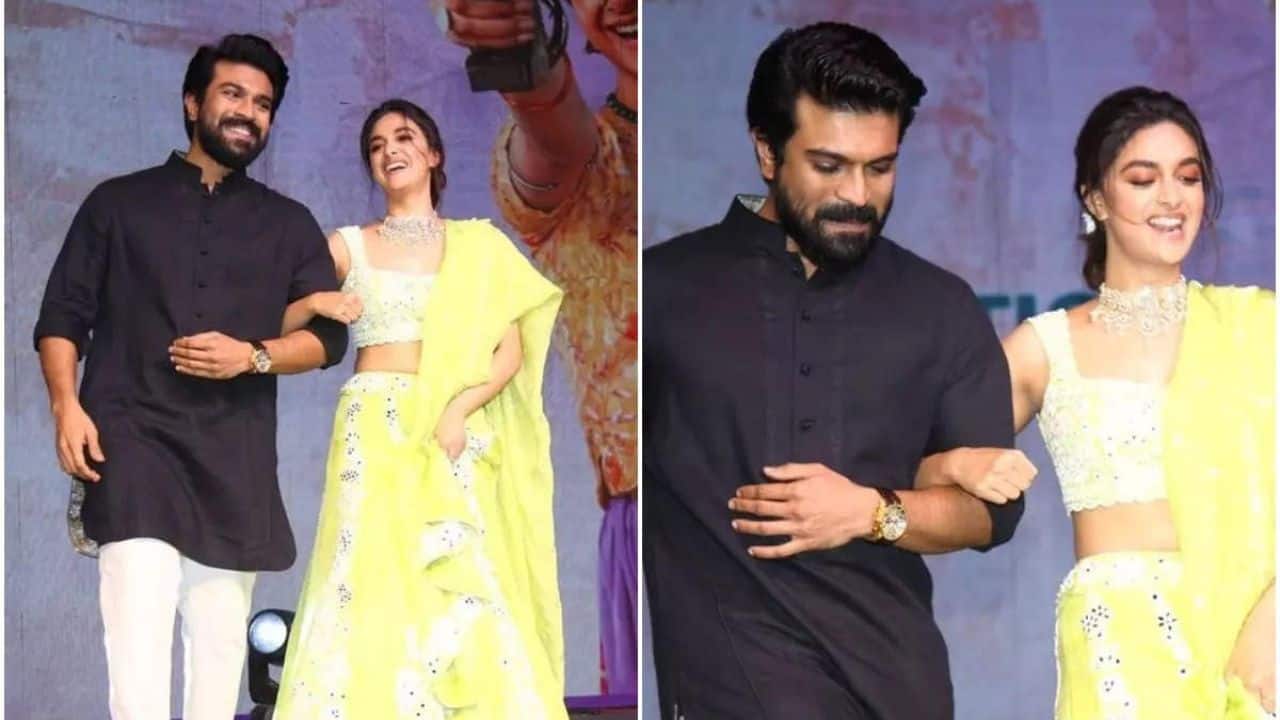 Speaking at the event, Keerthy Suresh said, “This is the movie that was signed after Mahanati. Good Luck Sakhi is a fun movie. Thanks to the director and producers on this occasion. The movie came out really well. After an off beat film like Hyderabad Blues in the beginning of his career, Nagesh (Director Nagesh Kukunoor) came up with a different subject like Good Luck Sakhi. My look in this movie is very natural. I mouthed dialogues with sync sound for the first time. Thanks to everyone who worked on this movie. I did more movies with Jagapathi Babu. He is now a good friend. Aadhi Pinisetty will be remembered as Goal Raju after this film. I am eagerly waiting for Ram Charan’s RRR. Along with me, all my friends love Naatu Naatu song. It is my dream to dance with you (Charan). Special thanks to Chiranjeevi garu.” Also Read – Republic Day 2022: Ram Charan oversees flag-hoisting ceremony at Chiranjeevi Trust after father tests COVID-19 positive – view pics

Chief Guest Ram Charan added, “I did not come here as a guest. I came as a messenger of my father. I have come to convey his blessings. It is not easy for young producers like Shravya and Sudhir to reach this level. A Young Technical Team has worked on the film. Nagesh is the winner of the National Award. I saw Nagesh’s movie in my college days. Movies like Iqbal and Hyderabad Blues are superb films. This is not a small film. I think it’s a very meaningful movie. There is no difference between men and women in the film industry. Everyone is equal here. Aadhi Pinnisetty acted as my brother in Rangasthalam. Keerthy Suresh has received a national award for Mahanati. Stories like this have to be told. Hopefully, the solo release on the 28th of this month will help big time. Keerthy fans, as well as our fans, should watch the movie and make it a success.” Also Read – Sarkaru Vaari Paata: Mahesh Babu to drop THIS special romantic treat for his fans on Valentine’s Day

Good Luck Sakhi is directed by Nagesh Kukunoor, while Devi Sri Prasad has composed the music.