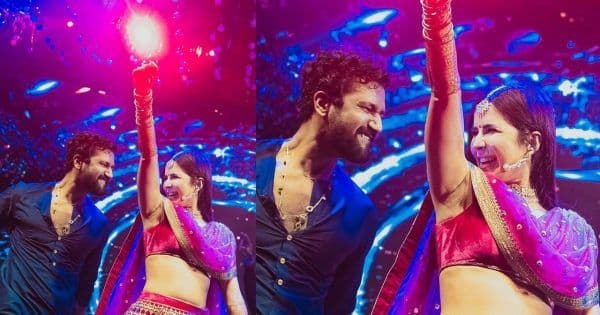 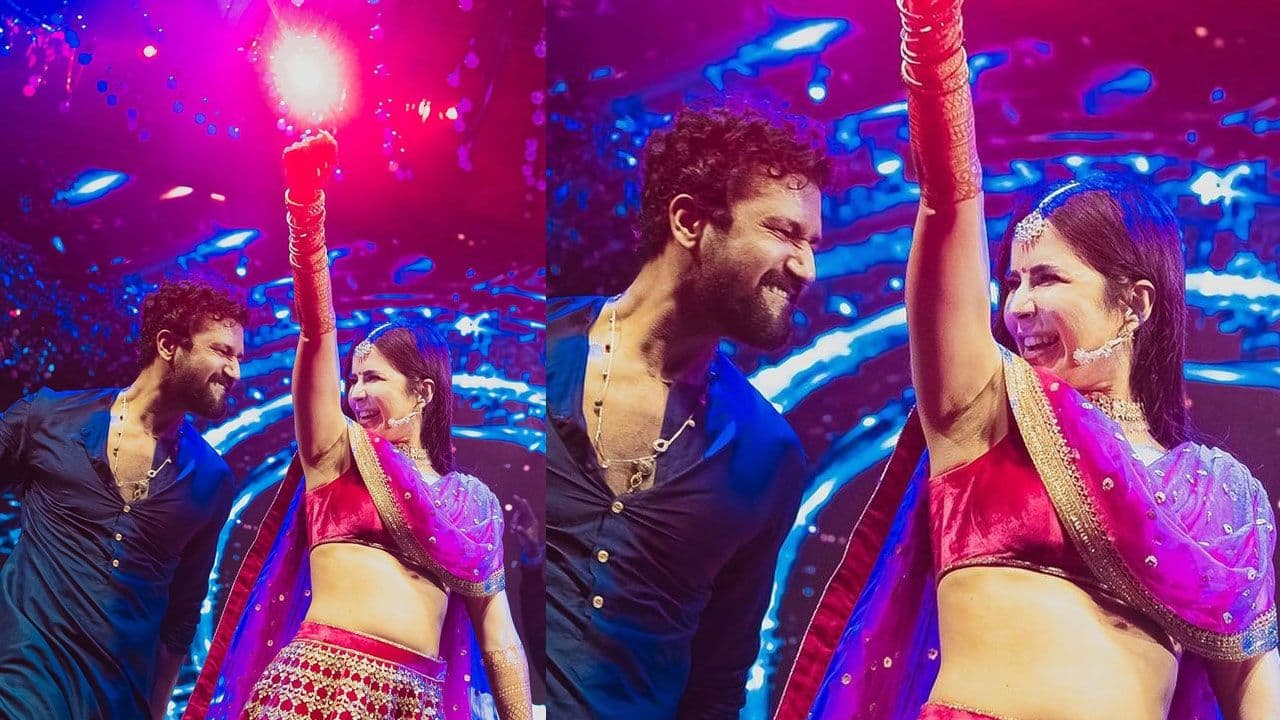 Today, Katrina Kaif and Vicky Kaushal complete a month of marriage. The actress took to Instagram to post a loved-up picture of the two. Now, an unseen click from their sangeet has dropped on social media. In the picture, we can see her dance in a bright magenta lehenga choli. The handsome groom Vicky Kaushal is burning the floor in a blue silk kurta. He looks hot as hell. In fact, the picture speaks volumes about the kind of chemistry the two share. The click has been shared by the official wedding photographer Joseph Radhik. He tagged Vicky Kaushal in the pic. Also Read – Katrina Kaif shares adorable selfie with Vicky Kaushal as the couple completes a month of marriage

The couple got married at the luxurious Six Senses Fort Barwara Resort in Rajasthan’s Sawai Madhopur. Vicky Kaushal and Katrina Kaif wanted a private wedding and kept it under wraps for a long time. Some of the guests invited at the wedding were Kabir Khan-Mini Mathur, Malvika Mohanan, Radhika Madan, Neha Dhupia – Angad Bedi, Gurdas Mann and others. Singers Sachet and Parampara performed at the wedding. It seems they had danced to all of Katrina Kaif’s hit songs like Sheela Ki Jawani, Chinki Chameli and others. Vicky Kaushal’s dance moves are quite good. We can only imagine the madness on the dance floor with these two. Also Read – Bigg Boss 15: ‘Unstoppable Karan’ trends as Salman Khan corners Karan Kundrra about his equation with Tejasswi Prakash and Umar Riaz – read tweets

Vicky Kaushal is now in Indore for the shoot of Luka Chuppi 2. He is paired with Sara Ali Khan. The actress is riding high on the success of Atrangi Re. Vicky Kaushal and she began dating two years back. It seems he was confident that he did love to spend his whole life with Katrina Kaif just six months into their relationship. But it seems like she took some time. The actress was nursing a broken heart after her relationship with Ranbir Kapoor went kaput after six years. Anyways, VicKat look adorably in love and we wish only happiness for the couple! Also Read – Missed Antim, Pushpa, Eternals and other movies in theatres? You can watch them now on these OTT platforms