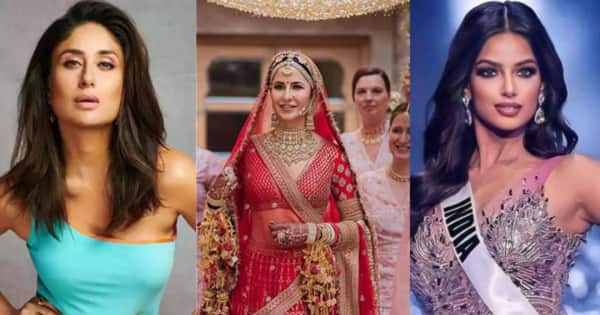 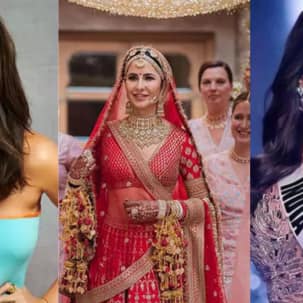 Kareena Kapoor Khan has confirmed that she has indeed been tested positive for the novel coronavirus. The actress had been partying a couple of days ago. A BMC official had told ANI that she and Amrita Arora were tested positive hours before the actress confirmed the same. Kareena released a statement on the same and also shared an update on the scenario at home. Apart from Bebo, Seema Khan and Maheep Kapoor have also been tested COVID positive. Also Read – Katrina Kaif and Vicky Kaushal wedding: The bride only spoke in Punjabi throughout the shaadi, reveals the groom’s cousin – watch video

Newly married Katrina Kaif and Vicky Kaushal jetted off to the Maldives for a min-honeymoon. The two will return to Mumbai and move into their plush sea-facing apartment soon. The duo tied the knot in a grand wedding on 9 Decemberat Sawai, Madhopur, Rajasthan.

Check out the report here: Vicky Kaushal and Katrina Kaif wedding: Here’s when the newlyweds will FINALLY move into their plush sea-facing home

Urfi Javed has been trolled a lot on social media. And mostly, it is for her outfits which are OTT and bold. She wore a bra that she teamed with trousers. The Bigg Boss OTT contestant wanted to flaunt her neckpiece and her bold outfit seemed unnecessary to the social media users.

Aamir Khan’s daughter Ira Khan is enjoying snowfall with her beau Nupur Shikhare. The star kid’s boyfriend took to his social media handle to share the pictures of the duo’s date in the snow and they are just gorgeous.

Check out the pictures here: Aamir Khan’s daughter Ira holidays in the snow with beau Nupur Shikhare and their pictures are every bit breathtaking – View Here

Rashmika disowned by her parents?

At the audio launch of Allu Arjun, Rashmika Mandanna, Fahadh Faasil starrer Pushpa: The Rise, Rashmika Mandanna revealed that she feels as though her parents have disowned her. Well, worry not as the Karnataka beauty was just joking.

Read the whole story here: Pushpa actress Rashmika Mandanna reveals her parents have disowned her; asks director Sukumar if he will adopt her?

Prabhas is going to collaborate with Deepika Padukone for the first time for Nag Ashwin’s next, tentatively titled – project K. The darling actor is known to treat his costars and crew members to a scrumptious meal on the sets and that’s what he did as they wrapped up the Hyderabad schedule recently.

India’s wait of 21 long years has finally come to an end and it’s all thanks to Harnaaz Sandhu. The gorgeous beauty has been crowned the winner of Miss Universe 2021. India had won the Miss Universe pageant twice before. Sushmita Sen was the first who brought the recognition to the nation back in 1994 followed by Lara Dutta in 2000.

Katrina Kaif is slowly and gradually sharing some UNSEEN pictures from her wedding with Vicky Kaushal on her gram. Today, she shared pictures from her bridal entry at Six Senses Fort Barwara, Sawai, Madhopur, Rajasthan. Katrina and Vicky looked royalties!

Alia Bhatt is self-proclaimed huge fame of Kareena Kapoor Khan. The actress paid a tribute to her fave actress by recreating a scene from Kabhi Khushi Kabhie Gham as the film completed 20 years of its release recently. However, it’s Ibrahim Ali Khan who stole the limelight.