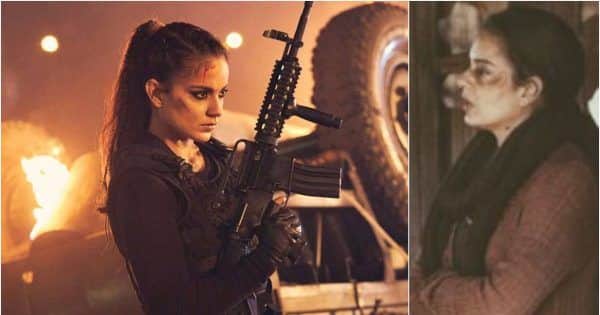 Kangana Ranaut has some interesting films lined up and one of them is Dhaakad. Directed by Razneesh Ghai, the actress will be seen playing the role of a spy in the action thriller. The first look poster of the film was released last year and it had received a great response. Recently, Razneesh took to Instagram to share an unseen picture from the sets in which Kangana’s face is bruised. The director is all praises for his lead actress and he has called her ‘Talent Extraordinaire’. Also Read – Trending Entertainment News Today: Rajkummar Rao and Patralekhaa’s awkward mirror selfie sets tongues wagging; Anushka Sharma warns Priyanka Chopra Jonas on motherhood and more

Yesterday, Razneesh on his Insta story shared the picture and wrote, “Miss the shoot days in Budapest with this ‘Talent Extraordinaire’. Happy Republic Day from the entire team Dhaakad team.” Check out the picture below… Also Read – Tejas BIG UPDATE: Will Kangana Ranaut starrer meet its release date or get postponed? [EXCLUSIVE] 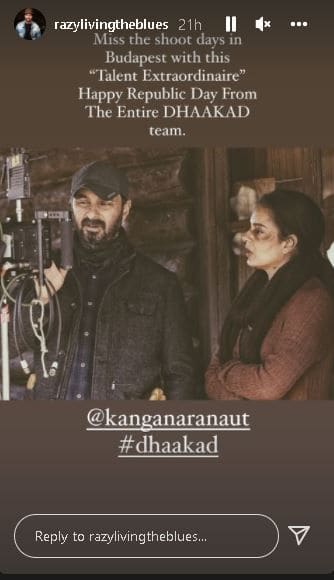 Also Read – Samantha, Kangana, Anushka, Ananya and more celebrity names and their meanings; take your pick for your baby girl

Dhaakad also stars Arjun Rampal and Divya Dutta in pivotal roles. The film was earlier slated to release in October 2021 but it was postponed. The movie is now slated to hit the big screens on 8th April 2022.

While announcing the new release date, Kangana had shared on Instagram, “She is fierce, feisty and fearless. #AgentAgni is all geared up to set the big screen on fire. Bringing to you the action spy thriller #Dhaakad that will hit theatres on 8 April 2022!”

Earlier in a statement, while talking about the film, Kangana had stated, “Dhaakad is not only a benchmark film for my career but will be a turning point for Indian cinema as well. The film is mounted on a large scale, and is one of a kind female-led action film.”

Apart from Dhaakad, Kangana will be seen playing the role of Tejas, Sita: The Incarnation, and Emergency. The actress is also busy with the shooting of her production venture Tiku Weds Sheru which stars Nawazuddin Siddiqui and Avneet Kaur in the lead roles. Kangana keeps sharing pictures from the sets on Instagram.