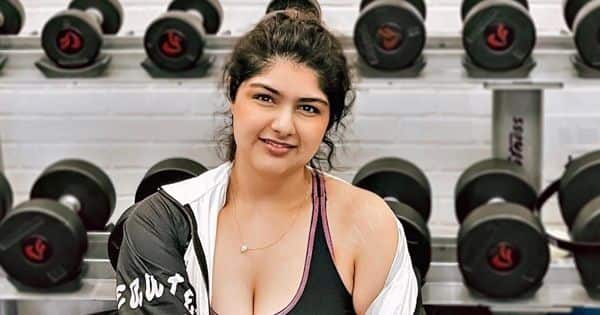 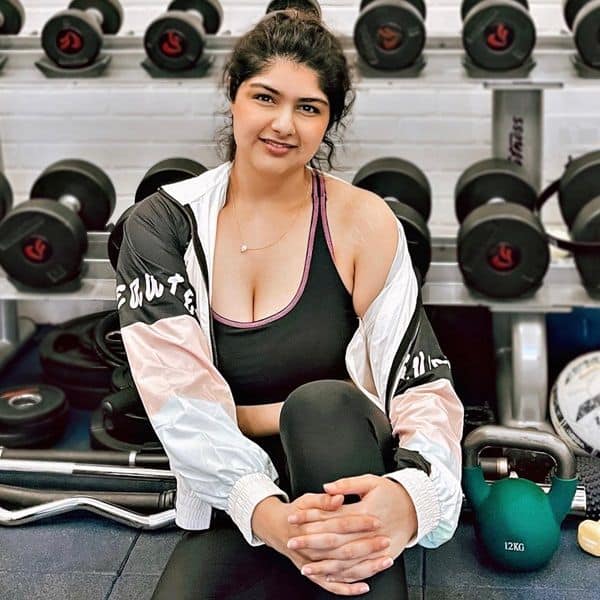 A few days ago, Arjun Kapoor’s sister Anshula Kapoor had stunned everyone with her epic body transformation. Her fans including celebrities such as Katrina Kaif, Sanjay Kapoor and Sunita Kapoor, wife of Anil Kapoor and others went gaga over her weight loss. Anshula has opened up about her 2-year-long struggle to realise that her self-worth isn’t tied to the shape of her body. Also Read – Ayushmann Khurrana, Samantha Ruth Prabhu, Alia Bhatt and more: Favourite s*x positions, quickies and other bedroom secrets of stars REVEALED

Penning an appreciation note to herself, Anshula shared a picture of herself wearing gym clothes and said, “For me today, being “healthy” means so much more than what I look like in the mirror. One of my first steps to becoming a healthier me was to acknowledge that mentally I wasn’t in the best place, and that I had to address what was eating me from the inside before I could even begin working on anything else. This was the most uncomfortable part. And the most difficult part too. It took so much therapy. So many tears. So much uncertainty. Fear. Setbacks. Discomfort. Self doubt. Then came the self realizations. Thus began the healing.” Also Read – Not just Anshula Kapoor, THESE 7 starkids too have been an inspiration with their Fat to Fit story

She added, “It’s been a 2 year long journey, and I’m still a work in progress. It’s taken me almost as long to realize that my self worth isn’t tied to the shape of my body, and that constantly belittling or criticizing my imperfections & flaws isn’t doing me any good – regardless of whether that flaw is emotional or physical. I’m still learning to love the perfectly imperfect me that I’m discovering and leaning into, because life is too short to live it thinking you’re unworthy or unlovable. I am flawed, and still worthy.” Also Read – Shahid Kapoor and Mira Rajput bring home a brand new Maybach; check out Hrithik Roshan, Ranveer Singh and other stars who have the luxe machine

In December last year, Arjun Kapoor along with his sibling Anshula Kapoor, cousin Rhea Kapoor, who got married not long ago, and Rhea’s filmmaker hubby Karan Boolani were tested positive for Covid-19. They were all in isolation in their respective homes and followed all the precautions under the guidance of doctors. The news had come on the day when Anshula was supposed to celebrate her birthday.