The weekend brought heartbreak for fans of Varun Sood and Divya Agarwal. The much-in love couple have separated. Divya Agarwal made the announcement on social media. She wrote that Varun Sood and she would continue to be good friends but she needed time for herself, and self love. The news came as a real shocker. She wrote on Instagram, “Life is such a circus! Try n keep everyone happy, expect nothing that’s true but what happens when the self love starts declining?? No I don’t blame anyone for anything that’s happening to me….I feel worked up…and that’s okay .. I want to breathe n live for myself… that’s okay!” Also Read – Bigg Boss OTT winner Divya Agarwal and Varun Sood part ways after being in a relationship for for 4 years, Actress announces breakup on Instagram- Watch

The news of the breakup created immense speculations. In fact, some started wondering if Divya Agarwal’s friend Madhurima Roy was allegedly behind the split. But Divya Agarwal took to social media and defended Varun Sood saying that he was not a man of questionable character. The handsome hunk’s dad put up a message that the two of them still loved one another. He said that Divya Agarwal would continue to have his unfiltered care and affection. Fans reacted on it with diverse comments. Also Read – From Divya Agarwal to Sushant Singh Rajput; celebs who defended their partners despite BREAKUP 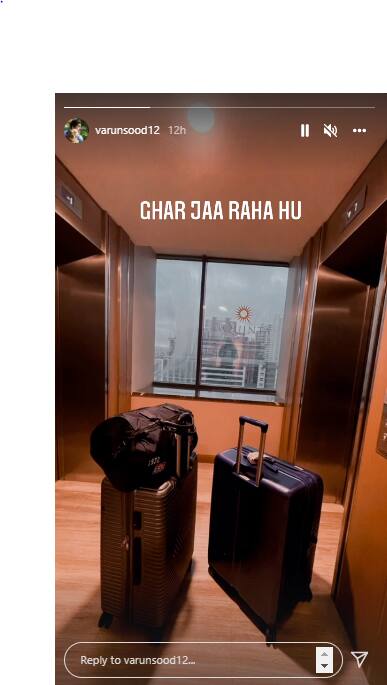 Varun Sood has revealed that he is headed home to Delhi. Well, that seems to be the best way to cope up with the heartbreak. He has his parents and a number of relatives there. Varun Sood was last seen on the show Khatron Ke Khiladi 12 where he did rather well. The couple were living together for more than a year. Let us see when one of the two reveals the reason behind the split.