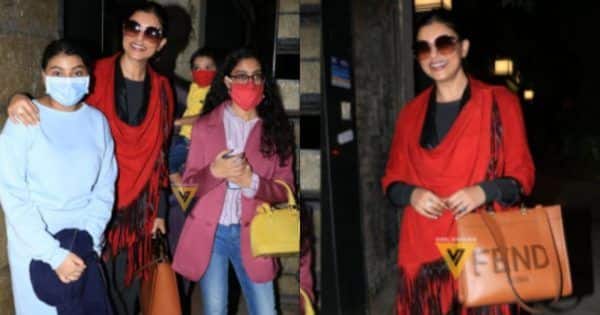 Has Sushmita Sen adopted a baby boy this time? Here’s the truth behind the viral video

Has Sushmita Sen adopted a baby boy this time? A new video is going viral and here is the real truth behind it

Sushmita Sen gave a surprise to fans and the paps as she posed with a baby boy. The actress was seen in Bandra with her daughters, Renee and Alisah. A nanny was seen holding a baby boy in her arms. Speculations have started if the Aarya actress and former Miss Universe has adopted one more kid. In the clicks, we can see that she is dressed for the Mumbai weather, which is quite cool. It seems the video is taken outside a venue where the family gathered to celebrate the birthday of Shubeer Sen. Well, the baby boy is not adopted by her. But she loves him as dearly as her own son as he is the child of her close friend. This should end all the speculations! This news has been confirmed by someone close to the actress. Also Read – BREAKING! Suniel Shetty to make his OTT debut as real-life underworld don in BIG Netflix series? EXCLUSIVE