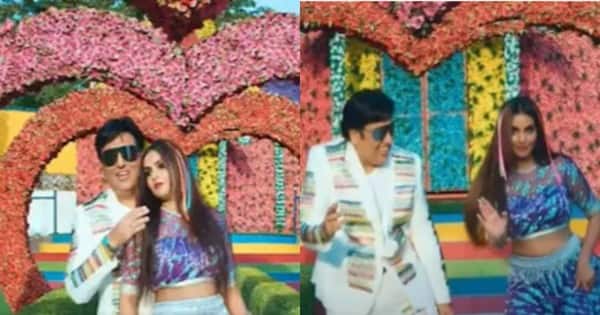 Bollywood actor Govinda is one of the most popular stars of all time. The actor is still remembered and loved for his blockbuster films and songs which he delivered in the 90s. Govinda was simply irreplaceable and made females go weak in knees with his flexible dance moves. The Hero No. 1 actor entered into politics and was later not seen much in movies. Now, the actor grabs headlines for his personal life and not professional. Fans of Govinda were eagerly waiting for him to make his comeback in the industry, but the actor did not make one. He instead recently dropped a new track, titled Hello, and informed his fans about the same. Also Read – Akshay Kumar’s film slate 2022: To shoot Bade Miyan Chote Miyan, Selfiee, The End and 3 more projects

The Partner actor on Wednesday shared the music video of the song and his song left all his fans embarrassed. Govinda captioned the post as, “Hi guys, my third song Hello is out on my YouTube channel Govinda Royalles. Link in bio. I hope you all will love it!” Within no time, his fans brutally trolled him for his cringe music video. A user wrote, “With due respect, This is not 90’s Sir we are living in 2022.” Another user wrote, “Yarrr izzat ke saath retire hone mai kya problem hai?”, yet another commented saying, “It’s embarrassing to watch you do all this!!! Partner was an amazing movie after that you should’ve just hanged your cape and feel good about all the amazing work you’ve done!!! Not make a joke of yourself.” Also Read – Bade Miyan Chote Miyan: Akshay Kumar hikes fee to this EYE-POPPING amount; budget to spiral beyond control? EXCLUSIVE 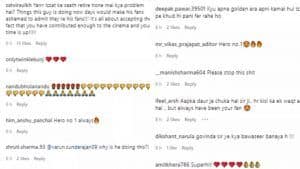 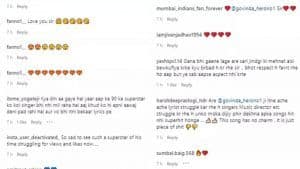