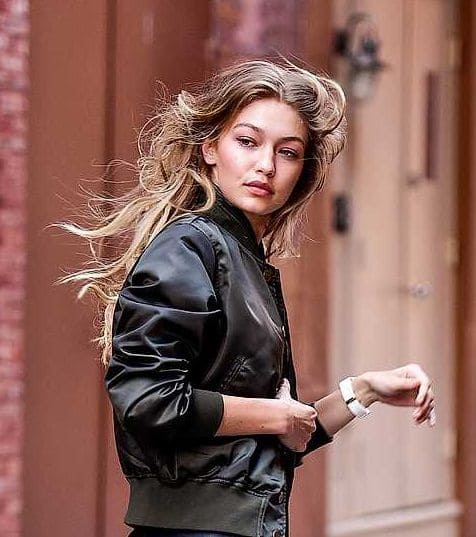 Supermodel Gigi Hadid like many celebs is doing her best to raise funds for Ukraine. On her Instagram, she announced that all her earnings from Fall 2022 shows will be sent for humanitarian relief in Ukraine, as well as Palestine. Now, Vogue America reposted her post by editing it. They removed the Palestine bit from her lengthy post. Fans have called out the magazine for the same. They have said that this is like not only completely turning a blind eye to what is happening in places like Yemen, Afghanistan and Palestine but also ignoring her Arab heritage. Gigi Hadid’s father Mohammed Hadid is a real estate developer with Jordanian-American roots. Also Read – Trending Hollywood News Today: BTS breaks Instagram, Twitter records; Gigi Hadid to donate her earnings for Ukraine-Palestine relief and more

She had posted, “Having a set Fashion Month schedule has meant that my colleagues and I often present new fashion collections during heartbreaking and traumatic times in history. We don’t have control over most of our work schedules, but we would like to walk ‘for’ something. Following in the footsteps of my friend @micarganaraz, I am pledging to donate my earnings from the Fall 2022 shows to aid those suffering from the war in Ukraine, as well as continuing to support those experiencing the same in Palestine. Our eyes and hearts must be open to all human injustice. May we all see each other as brothers and sisters, beyond politics, beyond race, beyond religion. At the the end of the day, innocent lives pay for war- not leaders.
HANDS OFF UKRAINE. HANDS OFF PALESTINE. PEACE. PEACE. PEACE.” Also Read – Trending Hollywood News Today: BTS ARMY goes bonkers over Suga’s squatting skills, Kim Kardashian responds to Kanye West’s s*x tape claims and more

So @GiGiHadid pledges to donate her earnings from Fall 2022 to relief efforts for occupied Ukrainians *and* occupied Palestinians and then @voguemagazine magazine just erases the Palestinians from its @instagram post on her pledge? pic.twitter.com/rO7xao87lZ

That’s how narratives get formed.

When media house twist the reality to their benefit.

Big love to the Hadid sisters. Gigi Hadid Will Donate Her Fashion Month Earnings to Ukrainian and Palestinian Refugees pic.twitter.com/VEF92mXbvf

Well, any little bit for the relief of people living in crisis in war-torn areas is a step towards humanity. Gigi Hadid needs to be applauded by one and all. Also Read – Trending Hollywood news today: ARMY is sad as BTS’ RM accidentally deletes new song, Will Smith reveals his mother caught him having sex as teenager and more