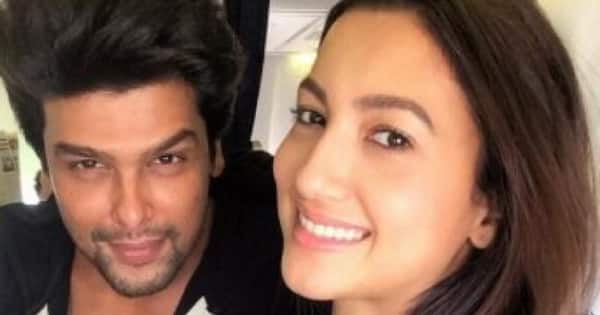 Gauahar Khan is one of the most outspoken actresses in the industry. She shares her opinion and point of view n anything and everything and gives a damn about judgements around her. Her life is an open book to her fans. She has never shied away from sharing even personal details with her fans. And if one will spread a wrong rumour about her life that will definitely leave her irked. One Twitter user trolled Gauahar by sharing a news piece of article that claimed that her breakup with Kushal Tandon was over religious differences. Kushal and Gauahar shared a good bond in Bigg Boss 7 house and even now they both are extremely cordial with each other. Also Read – Bigg Boss 15: Gauahar Khan feels ‘bad’ for evicted contestant Umar Riaz; takes a direct dig at Karan Kundrra

Gauahar took to her Twitter and slammed that troll by commenting on his shared post related to her breakup with Kushal, ” Hey loser ! I’m a Muslim , and nobody can ban us from having our rights, India is secular, it’s a democracy, not a dictatorship like u would desire ! So stay put in the comfort of your American status , n stop inciting hate in my country !”. Gauahar was applauded with this reply to the troll. clearly, she never entertains negativity around her life and has always a right way to give it back. Also Read – Bigg Boss 15: After Gauahar Khan, Kashmera Shah slams Karan Kundrra for his mean ‘Shakal dekhi hai’ remark on Tejasswi Prakash

Hey loser ! I’m a Muslim , and no body can ban us from having our rights , india is secular, it’s a democracy, not a dictatorship like u would desire ! So stay put in the comfort of your American status , n stop inciting hate in my country ! https://t.co/wvTTA8ZLMe 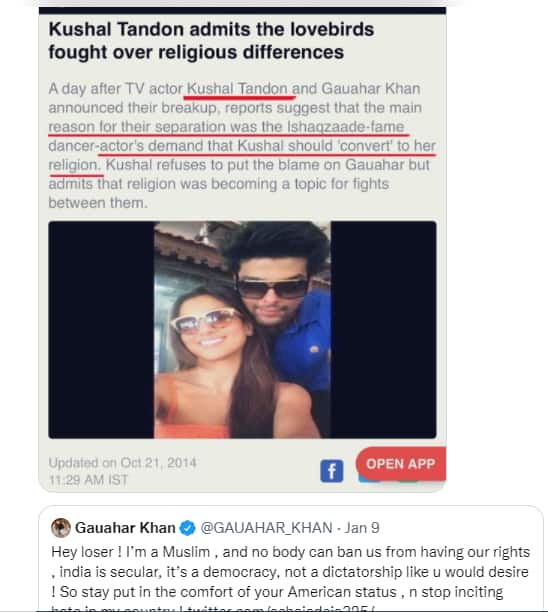 Gauahar is happily married to the love of her life Zaid Darbar and they often share some adorable videos and posts online that leave the internet swooning over them. They look just perfect together and their compatibility is something that makes you carve a relationship like them. Gauahar and Ziad went to honeymoon after six months of their marriage in the lockdown, talking about it to HT she said, ” It was a honeymoon trip as we couldn’t go anywhere post our wedding. We both had work and though we visited a few cities in India, most were work-related. So when we learnt that Russia is open for tourists and we were hoping for a holiday, so we went ahead. We took all precautions and really enjoyed ourselves. People over there weren’t taking as much care as we were (laughs). It was a lot of fun and there were so many things to do. With everything that we have been through in this year, it was perfect.”