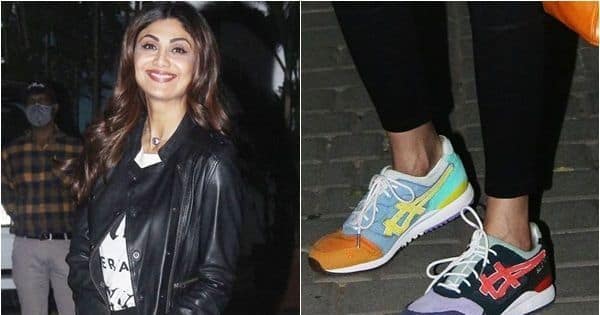 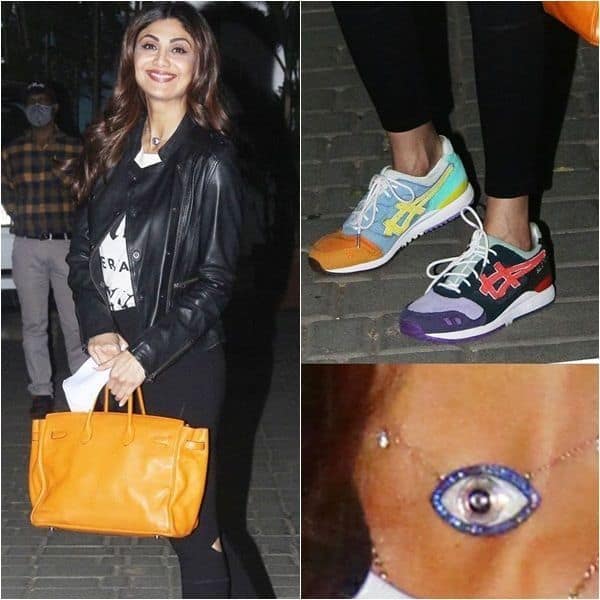 Shilpa Shetty recently took off to Riyadh, Saudi Arabia for Salman Khan’s Da-Bangg concert tour. She was spotted at Mumbai’s Kalina airport. She was wearing a black outfit with sports shoes. However, fans were quick to notice that Shilpa stepped out in mismatched sneakers and began trolling her mercilessly for her fashion choices. Also Read – 83: Ranveer Singh-Deepika Padukone’s sports drama in legal trouble; makers accused of cheating – report

While some people made fun of Shilpa asking if she has stolen her shoes from outside of the temple, some blatantly disapproved her shoe style. And there were other online users who hailed her as ‘Lady Ranveer Singh’ for making a weird style statement. Also Read – Vicky Kaushal and Katrina Kaif to Virat Kohli and Anushka Sharma: These 6 Bollywood couples took pheras in the most romantic way – View Pics

Last month, Shilpa and her husband Raj Kundra were named in an FIR with regards to financial discrepancy in a fitness venture started by them. The complainant alleged that the couple took money from investors across India for their pan-India enterprise and when he demanded the reversal of a payment of Rs 1.5 crore, he was threatened by them. Also Read – Will Jacqueline Fernandez perform today in Riyadh at the Da-Bangg Tour? Salman Khan FINALLY breaks silence

Taking notice of this, Shilpa issued a clarification with regards to the FIR and made a public appeal for safeguarding her civil rights well within the framework of law. The actress shared a note on her social media where she presented her side of the story. She wrote, “Woke up to an FIR registered in Raj and my name! Shocked!! To set the record straight, SFL Fitness, a venture run by Kashiff Khan.”

She added, “He had taken naming rights of brand SFL Fitness to open SFL Fitness gyms around the country. All deals were struck by him & he was signatory in banking & day-to-day affairs. We are not aware of any of his transactions nor have we received a single rupee from him for the same.”

“All franchisees dealt directly with Kashiff. The company closed in 2014 and was entirely handled by Kashiff Khan. I have worked very hard over the last 28 years. And it pains me to see that my name & replication is getting damaged & dragged so loosely. To get eyeballs. My rights as a law abiding proud citizen in India should be protected. With gratitude Shilpa Shetty Kundra,” she concluded.