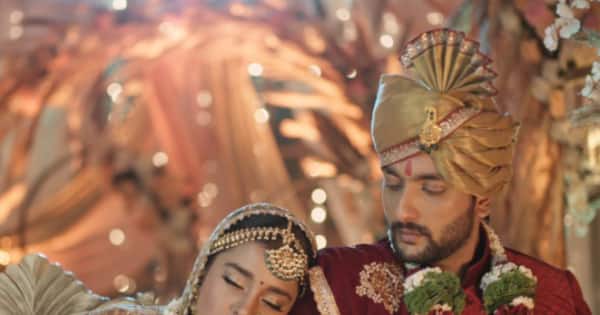 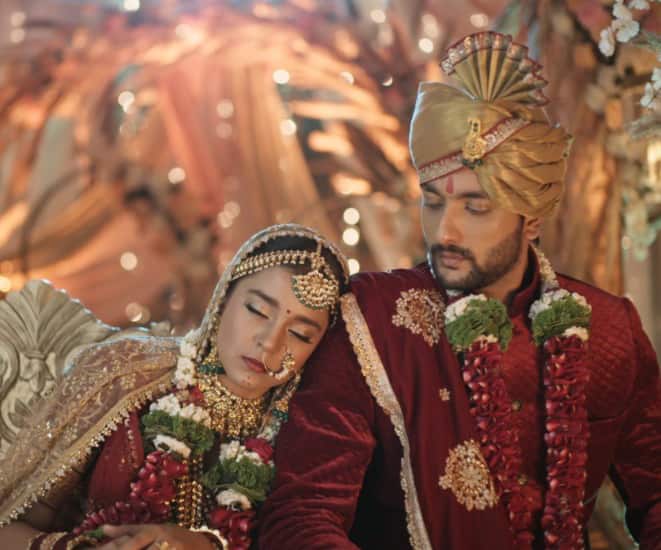 Imlie’s upcoming wedding track has got fans helluva excited. Aryan Singh Rathore will tell Imlie that he will stop chasing the Tripathi family but she has to marry him. Now, we have to see what drama exactly happens at the wedding. Fans of the two are damn excited for the same. It is a known fact that Imlie (Sumbul Touqeer) is not yet over Aditya Tripathi (Manasvi Vashisht). It seems Imlie will pretend to be married to Aryan for some time. Aryan and Imlie have had an argument as the latter believes that she is being used for revenge. Aditya is very keen to start a new life with Imlie. Also Read – Fahmaan Khan in Imlie to Nakuul Mehta in Ishqbaaaz – 6 iconic male characters of Gul Khan’s shows who live in our minds rent-free

Now, the director of the show Atif has shared an adorable picture. In the click, we can see Sumbul Touqeer aka Imlie sleeping as she rests her head on the shoulders of Aryan Singh Rathore. It seems life will be hell for her in the Rathore mansion as Gudiya sees herself as the wife of Aryan. Also Read – Imlie: Fahmaan Khan aka Aryan Singh Rathore’s angry man avatar bowls over social media; fans say, ‘If my guy ain’t like him, I don’t want him’

Fans cannot keep calm seeing the pics. They have left adorable messages under it. Whether it is a marriage of convenience or not, they want the love story of Imlie and Aryan Singh Rathore to start at the soonest. Also Read – Anupamaa RECLAIMS number 1 position, Tejasswi Prakash’s Naagin 6 fails to climb the graph: Check TOP 10 Most-Liked TV Shows by Ormax

Well she has been tired from the beginning and now she is back at Rathore’s not as a paying guest but as a true family member and she is at ease now. Thank you @atifcam for Imlie???

That Sukoon in her Face ??

Well, fans must be super thrilled now that the love story of AryLie might start soon. Fahmaan Khan has merged as the new hottie in town.

Bollywood Chiranjeevi writes an emotional note for Telugu doctor who refuses to leave Ukraine without his pet jaguar and panther Theviraltime
Bollywood Amitabh Bachchan’s shocking observation about Aamir Khan; says, ‘He has a habit of getting over-excited’ Theviraltime
Advertisement