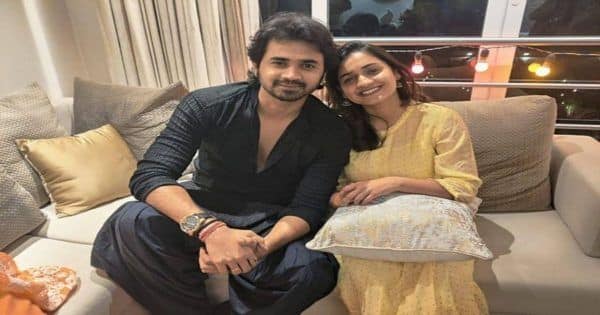 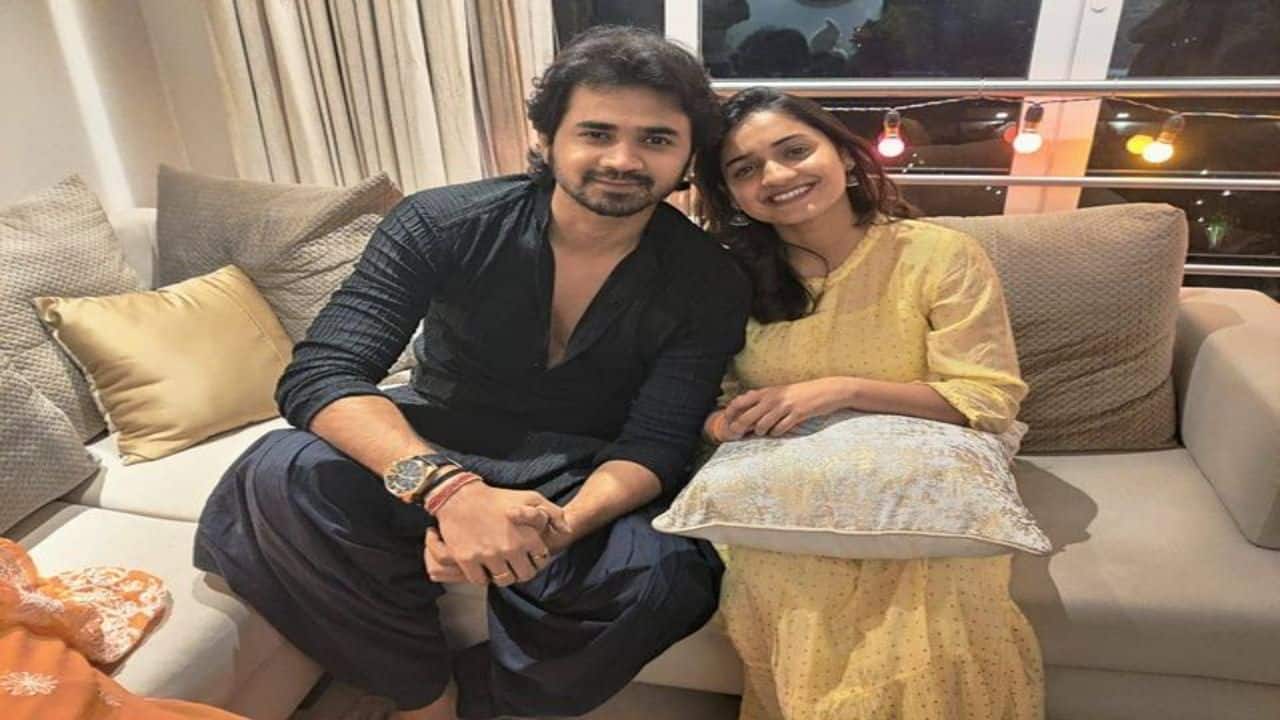 The year 2021 is turning out to be one of marriages and engagements. It seems Donal Bisht’s ex-beau Prateek Shah is rumouredly getting engaged on Christmas 2021. The lady in question is Marathi actress Hruta Durgule. Of late, the actress has been posting many mushy pictures with Prateek Shah. In one of her recent posts, she has hinted at an engagement that might happen pretty soon. Prateek Shah is a producer and director in the TV industry. He is also the son of Marathi actress Mugdha Shah. Also Read – Bigg Boss 15: #TejRan trends as Tejasswi Prakash and Karan Kundrra sing ‘Ajeeb Daastaan Hai Yeh’ – see Twitter reactions

In the picture, we can see her in a yellow salwar kameez while she he is in a black Pathani suit. She wrote, “How did I get so lucky? Thank you @prateekshah1 for existing…Here’s to a lifetime of never ending laughter attacks , nonstop blabbering , unreasonably happy friendship and lifelong faithful love Here’s to today and forever. #8daystogo #happiness #grateful #positivevibesonly #blessedandhow.” Now, fans are damn curious if an engagement or wedding is on the cards soon. Also Read – Trending TV News Today: Shivangi-Shaheer drop O Dilbar Yaara poster, Rupali Ganguly welcomes Aneri Vajani in Anupamaa and more

Hruta Durgule kept her personal life under wraps for a really long time. It is only now that she has opened up on her equation on Prateek Shah. She has been sharing quite a few pics of them together. Hruta Durgule is seen on the show, Man Udu Udu Jhala with Ajinkya Raut. Prateek Shah was allegedly dating Donal Bisht for close to two years. The actress never discussed her personal life in the public. He was also linked to actress Reyhna Pandit of Manmohini. He denied all the gossip. Also Read – Bigg Boss 15, Live Updates: ‘Mika Singh ho tum?’ Rakhi Sawant slams Abhijeet Bichukale for asking Devoleena Bhattacharjee to kiss him