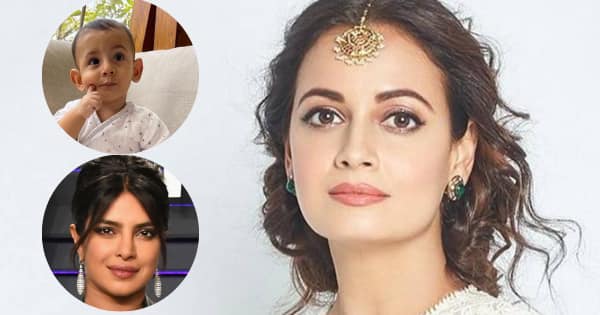 Dia Mirza took to her social media handle to share a picture of her toddler son, Avyaan Azaad late last night. The actress shared an adorable picture of Avyaan and Bollywood actresses Priyanka Chopra, Kareena Kapoor Khan, Neha Dhupia, Bipasha Basu, Lara Dutta, Preity Zinta and others couldn’t stop gushing over Avyaan’s picture. The candid picture of baby Avyaan was clicked by mama Dia Mirza. The Rehnaa Hai Terre Dil Mein actress is celebrating a new milestone of Avyaan, however, she didn’t reveal which. Avyaan is seen sitting on a sofa. He has a finger on his cheek as though posing. His little feet and adorable confusion on what’s happening is too cute to handle. Also Read – Trending Entertainment News Today: Kareena Kapoor Khan shares unseen picture of Karisma Kapoor’s daughter Samaira; The Kashmir Files full movie leaked online and more

“A new milestone, a whole lot of love and gratitude always. Thank you for being ours. Photo by Me. Baby by Us @vaibhav.rekhi #SunsetKeDiVane,” Dia Mirza wrote in the caption. And as soon as she shared the picture, a lot of celebs started pouring love for Avyaan’s picture as well. “God bless you pudding,” Kareena Kapoor Khan, who is a doting mother to two cubs – Taimur Ali Khan and Jeh Ali Khan, wrote. Priyanka Chopra who recently embraced parenthood via surrogacy wrote, “hello baby!!” Bipasha Basu, Preity Zinta and others dropped hearts while gushing over Avyaan’s cuteness. Lara Dutta wrote, “Hello my little tiger baby!!!” Check out Dia Mirza’s post below: Also Read – Kareena Kapoor Khan shares unseen picture of Karisma Kapur’s daughter Samaira and we can’t get over how stunning she looks 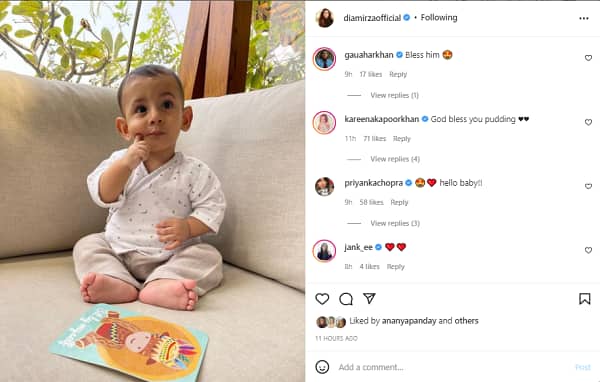 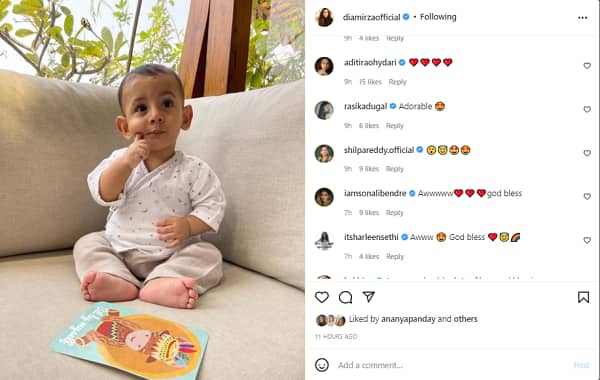 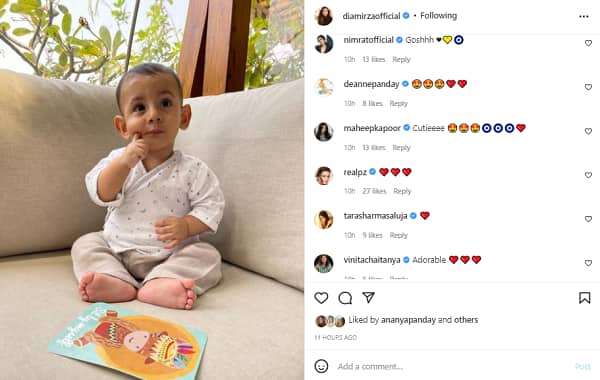 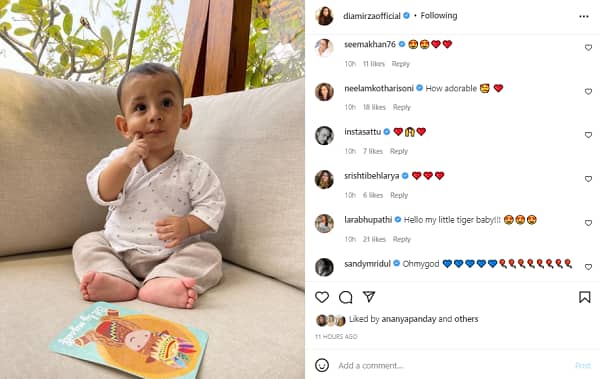 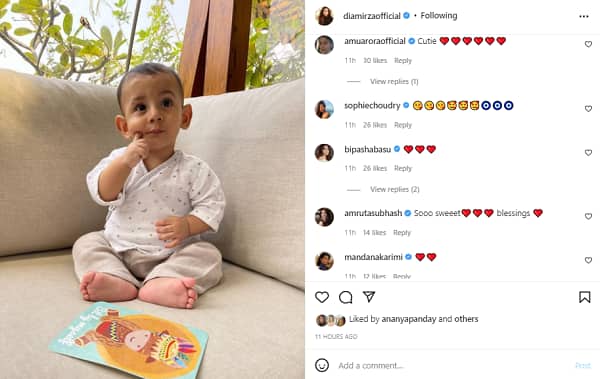 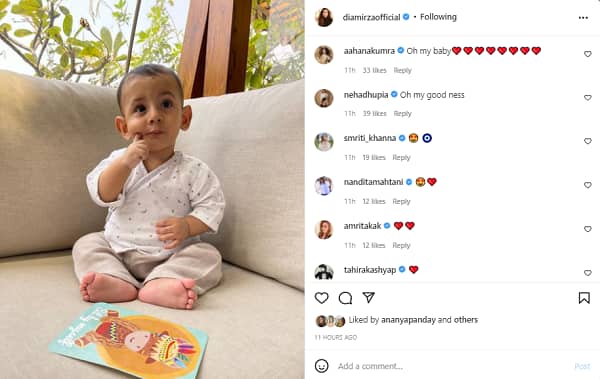 Dia Mirza and Vaibhav Rekhi welcomed a baby boy in May last year. However, it wasn’t until July that Avyaan was introduced to others. Dia in her post revealed that Avyaan was born prematurely. In her note, while talking about the challenges they faced to bring Avyaan into the world, Dia said, “As we watch this tiny being, this Zen master in awe and wonder, we learn from him, in all humility, the true meaning of trusting the universe and of parenthood. And to not be afraid, and so we humbly take the lead from his resilience and courage. We do not have enough words to thank all those who continue to help us live this story of hope and faith and create a safe, healing, nurturing space for Avyaan and I.”