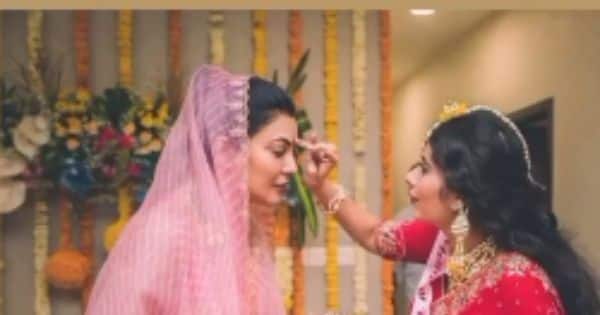 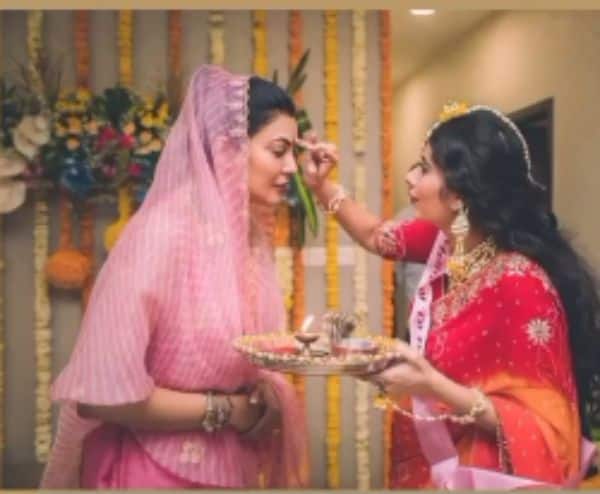 Charu Asopa and Rajeev Sen’s marriage has been the subject of many speculations. The actress was in Bikaner for her birthday and fans started wondering if there was trouble in the couple’s marriage. They left comments on their social posts after Rajeev Sen wrote about how he is badly missing his baby girl, Ziana. The little one was born on November 1, 2021 in Mumbai. Rajeev Sen’s parents were there for the delivery and the family also did a pooja with the child. Sushmita Sen and her daughters, Alisah and Renee gushed over how they did pamper their little cousin. Fans were very happy for the two. Also Read – Rajeev Sen posts adorable pics with daughter Ziana; fans wonder if Charu Asopa and baby are back home

Today, it is Women’s Day and Charu Asopa has posted a picture of Sushmita Sen and her from a function at home. The message reads, “Happy Women’s Day. Two beautiful, pretty women in one frame who have set an example of self-dependence… They told to the whole world that a woman is sufficient to take any responsibility whether it’s matter of mother, daughter or anything.” Sushmita Sen, we know has always been a trailblazer. Whether it is being a single mom to two daughters or taking a break when her career was going really good, she did things differently. Also Read – Charu Asopa REACTS to separation rumours with Sushmita Sen’s brother Rajeev Sen

Rajeev Sen had written on his YouTube channel how he missed his baby girl, Ziana. He wrote, “Ziana come back home to your daddy, so much travelling is not safe for you…Haven’t seen you for the longest time…Come jaldi se and play with me.” Yesterday, he posted a pic with Ziana which shows that his little angel is back home. Also Read – Trouble in Charu Asopa and Rajeev Sen’s paradise? Sushmita Sen’s brother says he hasn’t seen his daughter Ziana for a long time

A year back, their marriage had run into some trouble. He had gone away to Delhi. The actress spoke about how they had some issues. However, things got hunky-dory back again and they went to Thailand for a long break.