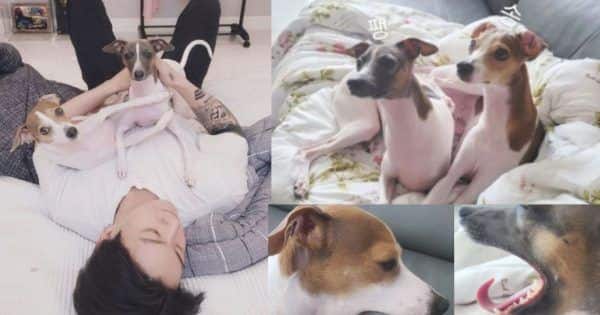 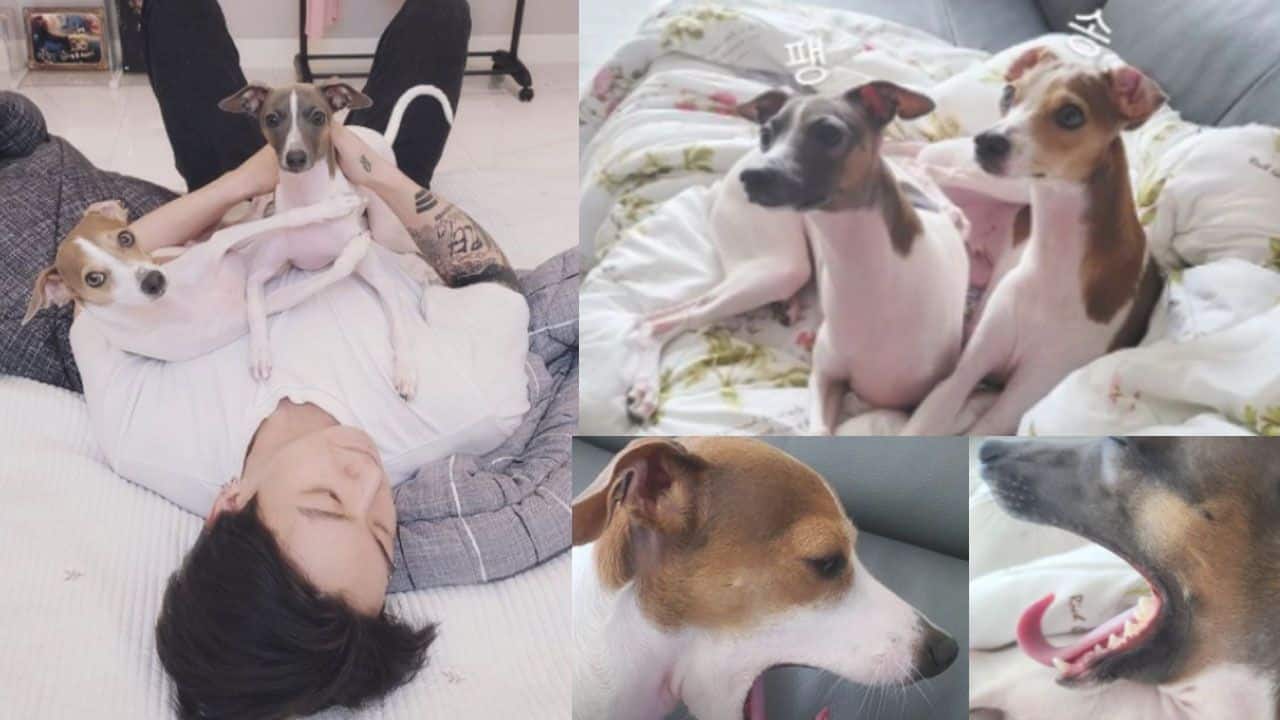 BTS’ Golden maknae Jungkook is surely living it up in the holidays. He is one of the members who is not in quarantine. Yesterday, he took to Instagram to wish the BTS Army a very Happy New Year. He thanked fans for being for BTS throughout the years. He said that 2021 was a good year for him as he did not hurt himself physically or mentally. He said that Bangtan and ARMY would be together forever. This made fans super emotional. The boys revealed that the two years of the pandemic were mentally and emotionally distressing for them too. The post of Jungkook got one million likes in FLAT two minutes! Just imagine the power of Kookie. Also Read – BTS: RM FINALLY talks about his dating a ‘wealthy non-celebrity’ rumour; here’s what he has to say

Today, he has posted an adorable picture of him sprawled on the floor with a couple of dogs lying on his chest. He wrote that they were the hyungs of his pet, Bam. His pet doberman, Bam, was introduced to the ARMY as they filmed In The Soop 2. The two new dogs that we can see in the picture are Italian Greyhounds. Their names are Songie and Paengie. It seems the dogs belong to his elder brother, Jeon Jung-hyun. It looks like Jungkook is spending time with his folks on X’Mas. Just check out the cutest click of the day… Also Read – Hollywood News Weekly Rewind: ARMY showers love on Kim Taehyung’s birthday, Betty White passes away at the age of 99 and more

BTS fans are having a literal meltdown. This is too much cuteness to handle at the start of the year. Fans are finding it adorable that Jungkook and his family have a total of four dogs at home, including their old pet, Gureum. Take a look at the reactions… Also Read – BTS ARMY, DYK, V aka Kim Taehyung’s father had a conception dream of beating a dragon right before the Christmas Tree singer’s birth?

BTS members’ canine companions are huge hits with the ARMY. Everyone loves Bam, Yeontan, Moni, Holly, Mickey are adored by millions. BTS will be back before the Grammys.