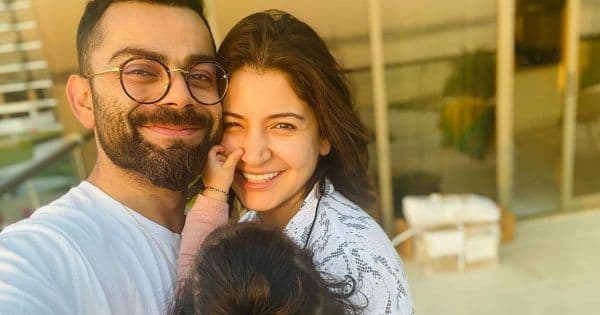 Anushka Sharma and Virat Kohli along with their daughter Vamika were recently spotted at the airport while leaving for South Africa tour. The trio arrived in the wee hours of Thursday without covering Vamika’s face, since they might have not expected the paparazzi to be around so early in the morning. Virat was quick to request to the shutterbugs not to click Vamika’s pictures and not share them anywhere on the internet. The photographers adhered to his request and refrained from posting Vamika’s pictures on social media. Thanking them for their sweet gesture, Anushka expressed her gratitude to the press, social media fan clubs for respecting their privacy. Also Read – Katrina Kaif and Vicky Kaushal enter their new home for the first time; pandit arrives for gharpravesh puja – watch videos 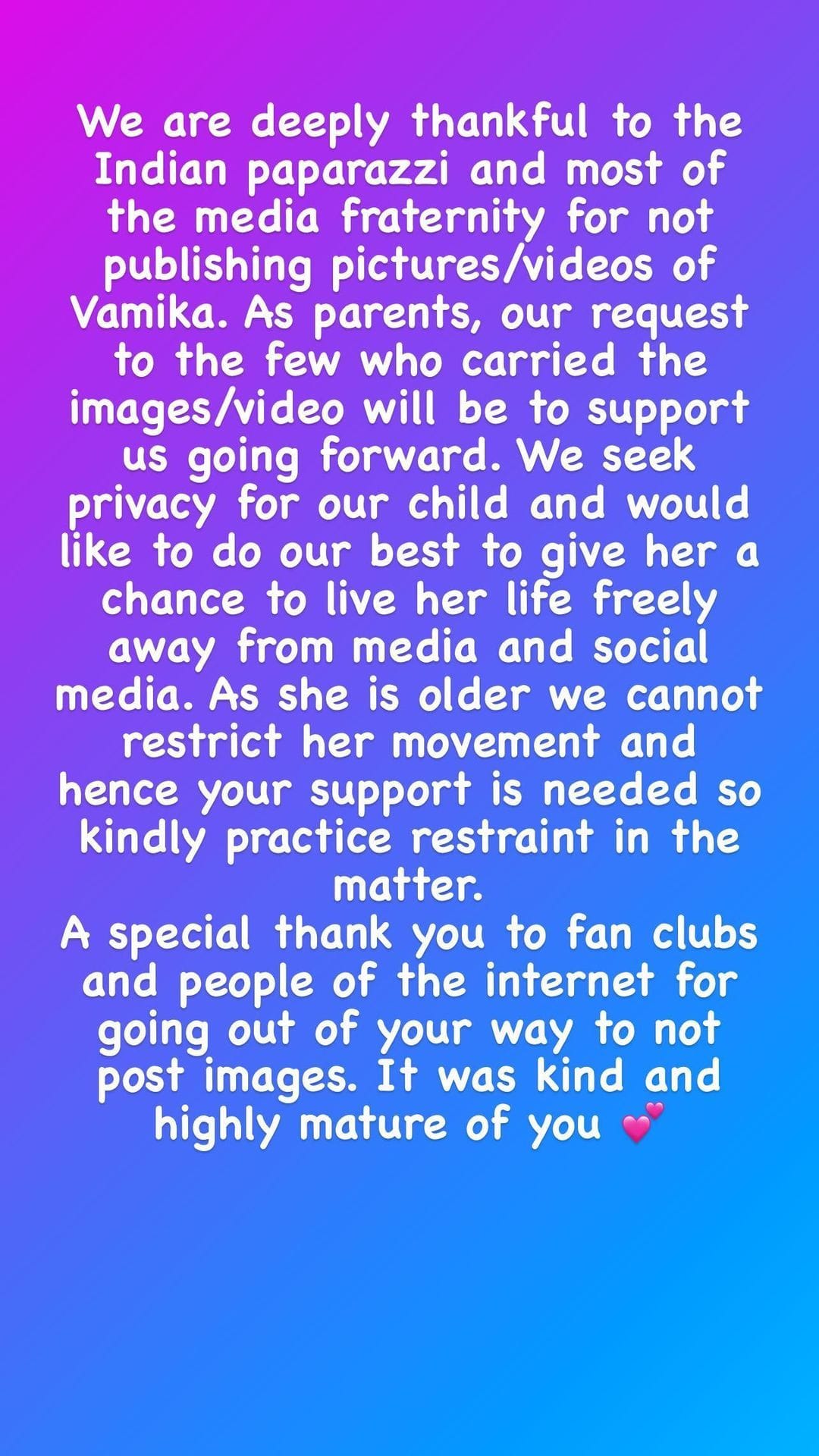 Also Read – From Katrina Kaif-Vicky Kaushal to Ranveer Singh-Deepika Padukone: 9 of the MOST expensive Bollywood weddings

Fans are eagerly waiting to see Virat and Anushka’s daughter Vamika’s pictures. And since we have seen her, we would like to share it with you how cute she looks. The little one is a perfect mix of mommy and daddy. While Vamika looks like a spitting image of her mother Anushka in her childhood, she’s got her daddy Virat’s eyes and brows. She was looking straight into the camera without a blink. But since Virushka have asked for their daughter’s privacy, fans would have to wait for the couple to introduce Vamika to the world all by themselves. Also Read – Trending Entertainment News Today: Katrina Kaif changes Instagram DP post marriage, Vamika’s first pics out, 83 gets rave reviews and more

A couple of months ago, Anushka had shared a heart-warming picture with Vamika on the occasion of Durga Ashthami. In the image, the actress was seen smiling looking at her daughter, whose back is towards the camera. “Making me braver and more courageous every day. May you always find the strength of the goddess in you my little Vamika Happy Ashtami,” Anushka captioned the image.

Later, Virat and Anushka had treated their fans and followers with an adorable breakfast picture featuring their daughter Vamika. The couple looked into the lens and smiled while Vamika’s back was towards the camera. Anushka had said that Vamika’s one smile can change the whole world around them.

Vamika was born on January 11. Anushka and her star cricketer husband Virat, who are fondly called as Virushka by their fans, had tied the knot in December 2017 in Tuscany, Italy. The actress has two films in the pipeline. She will be seen in Navdeep Singh’s Kaneda, and a biopic of cricketer Jhulan Goswami. She was last seen in the film Zero in 2018. She produced the web series Paatal Lok and the film Bulbbul for OTT last year.