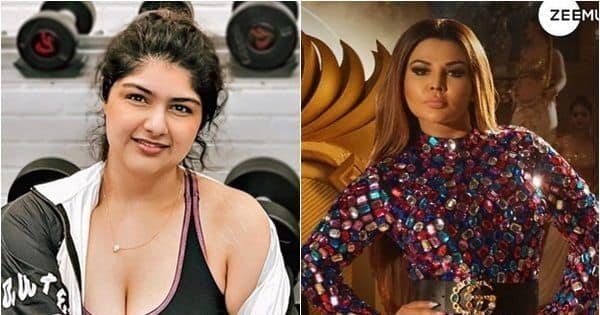 The world of entertainment has been very exciting today and we bring you a wrap of all the trending Bollywood news of the day. From Arjun Kapoor’s sister Anshula Kapoor opening up about her epic body transformation in an heartfelt Instagram post to Rakhi Sawant revealing she underwent breast surgery at the age of 16, here’s a look at the top trending entertainment news today. Also Read – Arjun Kapoor’s sister Anshula Kapoor on her 2-year-long body transformation journey: ‘It took so much therapy, so many tears’

Arjun Kapoor’s sister Anshula Kapoor on her 2-year-long body transformation journey: ‘It took so much therapy, so many tears’

Arjun Kapoor’s sister Anshula Kapoor has opened up about her 2-year-long struggle towards her epic body transformation and realise that her self-worth isn’t tied to the shape of her body. Read the full story here. Also Read – Rakhi Sawant and Urfi Javed pose together; ‘Dono bakwaas,’ say fans – watch video

Gangubai Kathiawadi and Valimai are already box office hits, The Batman is off to a good start while, Jhund needs to do a lot to make up for a poor beginning. Read the full story here. Also Read – Ranbir Kapoor, Alia Bhatt, Deepika Padukone and more – you’d never believe at what age these 9 Bollywood celebs lost their virginity

Swara Bhasker has said in an interview that her filmography is made up of roles that were rejected by everybody else including Salman Khan’s Prem Ratan Dhan Payo . She added that she did all the stuff that nobody else wanted to do. Read the full story here.

Rakhi Sawant reveals of undergoing breast surgery at the age of 16; calls it the scariest experience of her LIFE

Rakhi Sawant reveals she underwent breast surgery at the age of 16 because she was told she didn’t have a prefect body to enter Bollywood. Read the full story here.

Rakul Preet Singh opens up on relationship with Jacky Bhagnani; says it’s important to validate before speaking up

Rakul Preet Singh explains why it is important to validate your relationship after coming out in OPEN about Jacky Bhagnani. Read the full story here.

Sunny Leone OPENS UP on being typecast: ‘Everything I have done in the past has led me to a show like Anamika’ [Exclusive]

Talking to Bollywood Life and India.com, Sunny Leone takes pride in whatever work she has done in the industry so far, which she believes that has led her to a substantial role in her upcoming web series Anamika. Read the full story here.

Kunal Kemmu shares a horrific story , says his life along with Soha and daughter Innaya was in danger. Read the full story here.