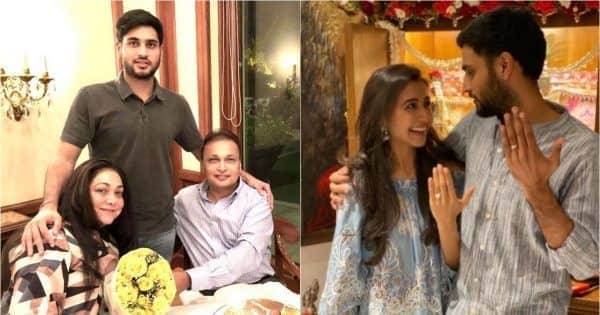 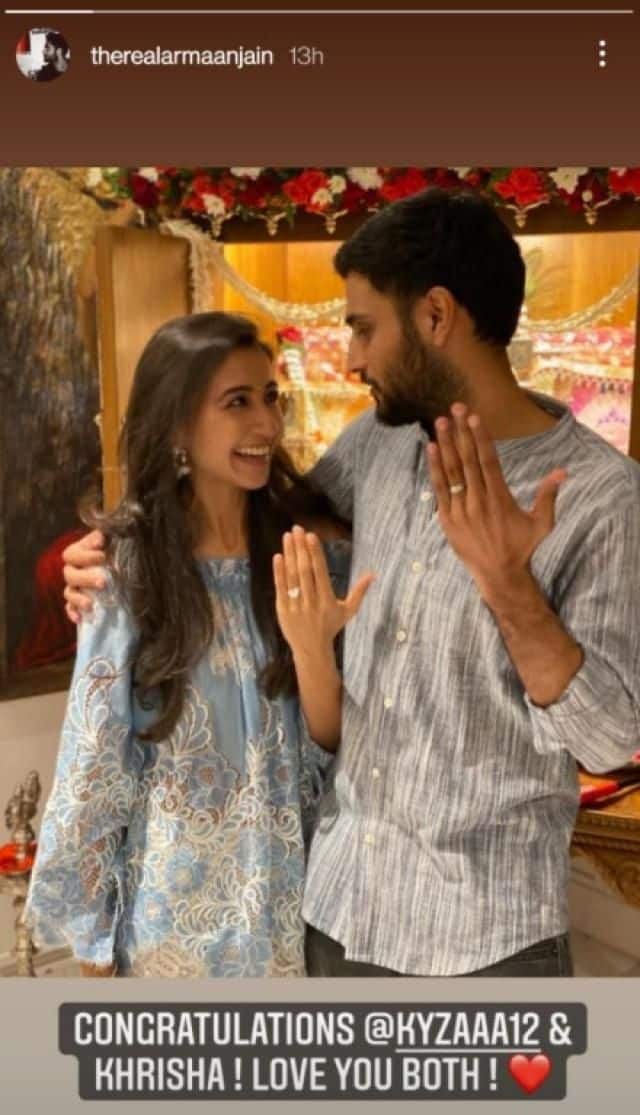 Antara Motiwala, wife of Sonam Kapoor’s cousin Mohit Marwah, also shared a happy picture of the couple from their engagement ceremony. The two were seen smiling from ear to ear on their big day. 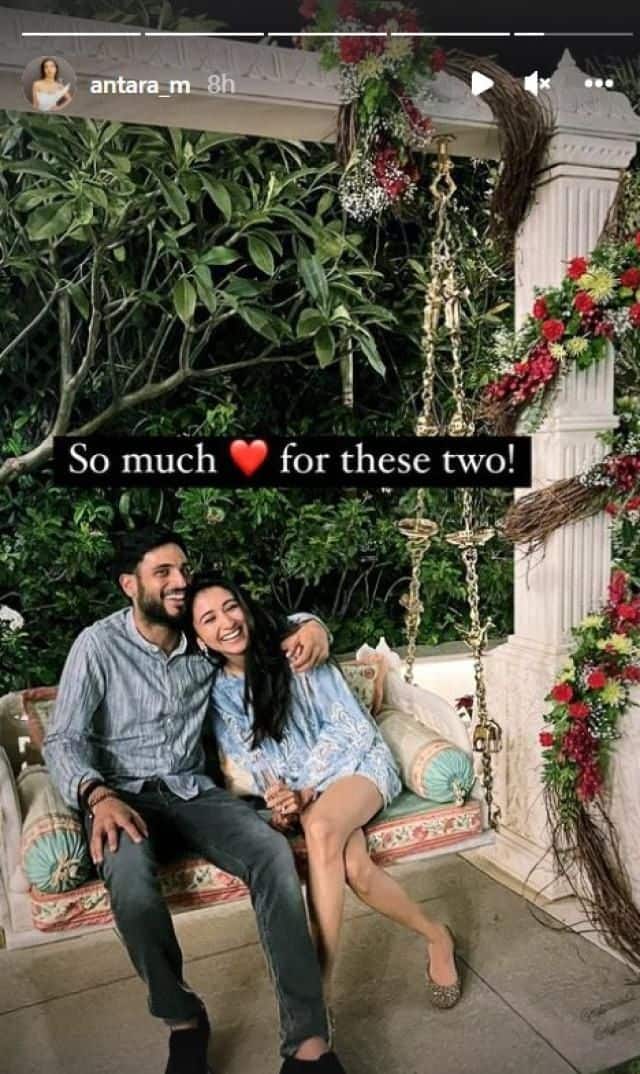 Anmol recently celebrated his 30th birthday. His mother Tina Ambani took to Instagram to share a heartfelt note for her son while showering him with a blessing. “You brought new purpose into our lives and showed us the meaning of unconditional love. You light up our lives every single day and we love beyond measure! May the year ahead be the best one yet, with joys both personal and professional. Happy milestone birthday son, so so proud of you. #30” She wrote.

Shweta Bachchan, Sonali Bendre, Archana Puran Singh and others also commented on Tina’s post to wish Anmol on his birthday.

Tina and Anil Ambani tied the knot in February 1991. They have two sons Jai Anmol Ambani (30) and Jai Anshul Ambani (25).