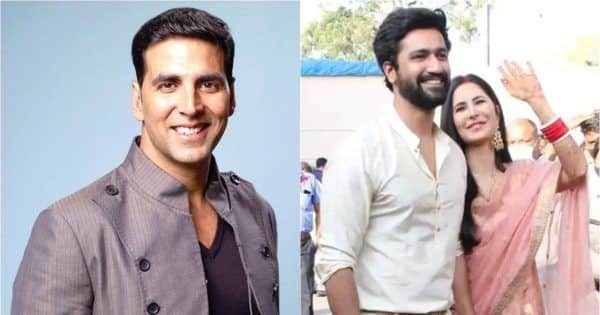 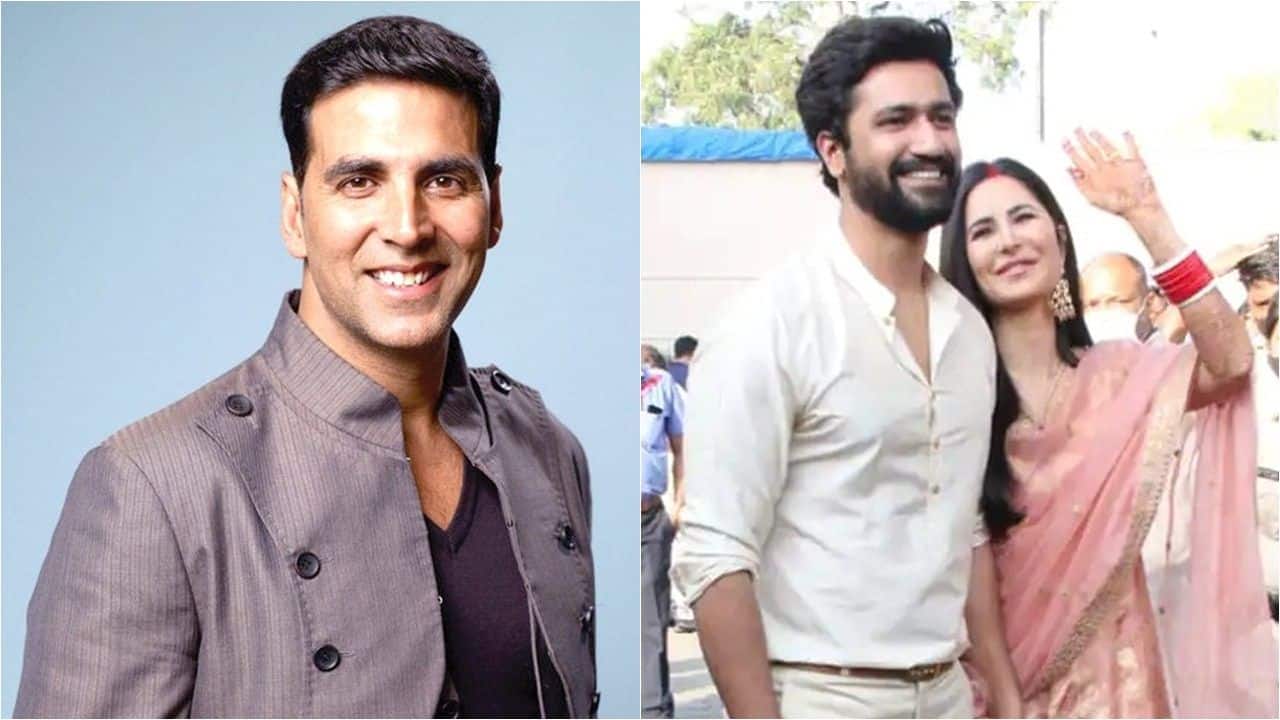 There’s no doubt that Katrina Kaif and Vicky Kaushal’s hush-hush wedding has been one of the most talked about topic this year. The celebrity couple tied the knot in a royal wedding at the Six Senses Fort Barwara Hotel in Rajasthan. Only a few people from the industry attended the wedding and Akshay Kumar was the one of the celebrities who wasn’t on the guest list. So when he recently visited The Kapil Sharma Show, the Khiladi Kumar couldn’t stop himself from cracking a witty joke on VicKat’s wedding. Also Read – From Akshay Kumar’s OMG 2 to Ranbir Kapoor-Alia Bhatt’s Brahmastra – 5 leaked first look pics that will make you go ‘WOW’

As we all know that the SOPs were laid down for the grand wedding ceremony which included, non-disclosure of wedding attendance, no photography, no sharing of pictures and location on social media etc. Also, the guests shouldn’t have any contact with the outside world till they leave the venue. The identity of the special guests attending the wedding was also kept confidential, hence the hotel had allotted secret codes instead of names to all the guests. The guests were then provided different services, such as room service, security etc., based on these codes. Also Read – Verdict out! Katrina Kaif emerges as the most gorgeous bride of 2021, beats all other Bollywood dulhans – view poll result

When Akshay came to promote his upcoming film Atrangi Re on The Kapil Sharma Show, Kiku Sharda began mocking VicKat wedding saying that he hasn’t seen such a grand wedding like this, because the couple didn’t let him see it. Akshay then quickly cracked a witty joke saying, “Aapne waha ‘Kit-Kat’ bhi khayi hogi.” And everyone burst into laughter. Also Read – Hrithik Roshan, Prabhas and more celebs who are extremely boring in their interviews

On the show, Kapil Sharma also pulled Akshay’s leg asking him if he is planning to make a movie with Taimur and his fellow generation actors after romancing Saif Ali Khan’s daughter Sara Ali Khan in Atrangi Re. Akshay took the joke sportingly and added that he will even work with Taimur’s children.

Meanwhile, newly-wed celebrity couple Vicky Kaushal and Katrina Kaif returned to Mumbai on Tuesday from an undisclosed location after a week of wedding festivities. The two were photographed at the Mumbai airport as they wore outfits complimenting each other. The actors will soon resume on their respective projects. While Katrina has Phone Bhoot and Tiger 3 in the pipeline, Vicky has Govinda Naam Mera and Sam Bahadur up his alley.