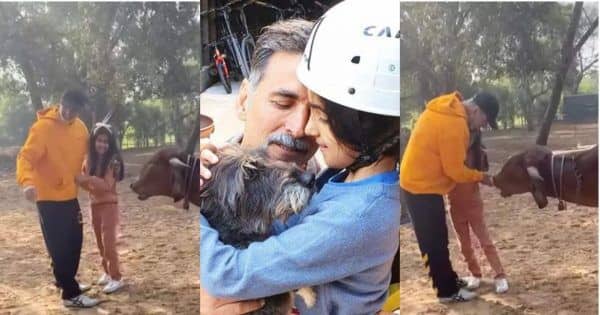 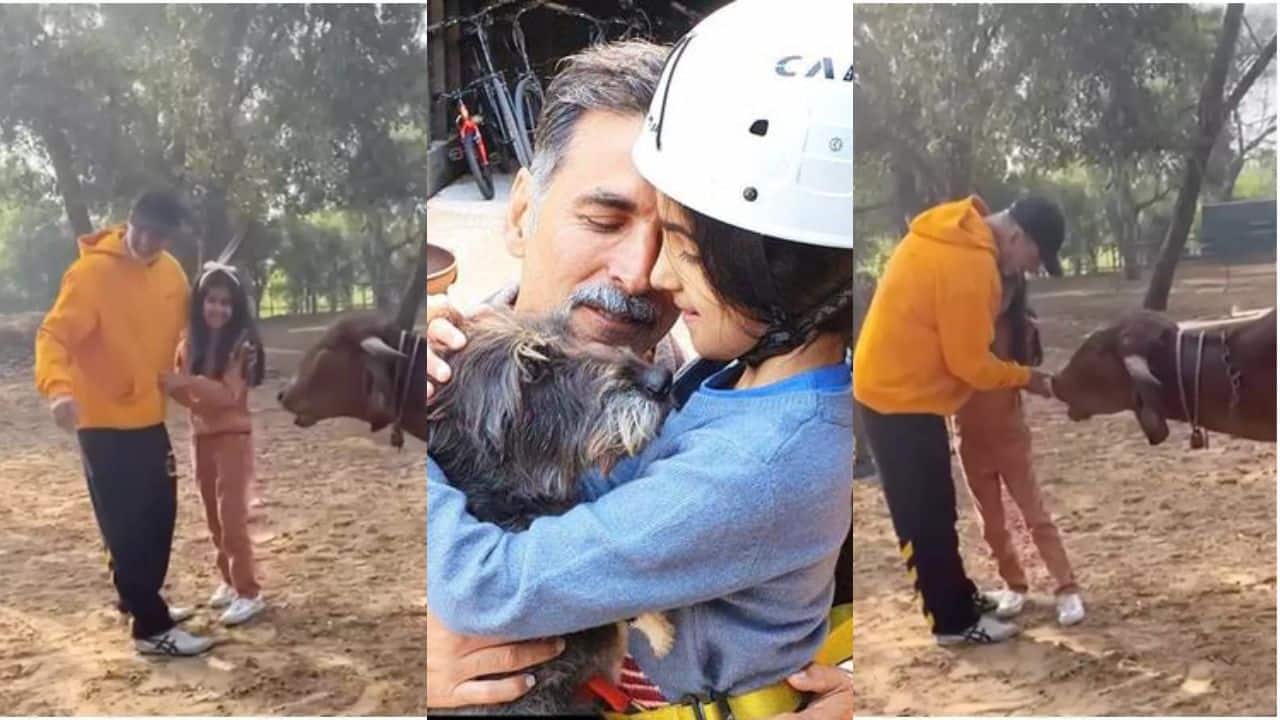 Akshay Kumar is a doting father and has time and again proves how much he’s willing to do to make his kids happy. In fact, no other actor in Bollywood takes as many vacations as the superstar does with his family in a year despite an immensely packed schedule, wherein he also happens to have the most releases in a year as a leading man compared to any other actor. Now, we’ve got another instance of what a hands-on father Akshay Kumar is and how well he’s raising his kids in a new video shared by the actor with his daughter, Nitara. Also Read – Mother India, Sholay, K3G, Sooryavanshi and 60 more big hit Bollywood multi-starrers featuring 3 or more big stars – view pics

Akshay Kumar is currently vacationing in Ranthambore National Park with his family, where he’s ringing in his 21st wedding anniversary with wife Twinkle Khanna. Whilst there, the Sooryavanshi superstar is making it a point to impart some much needed lessons about caring for, bonding with and respecting animals to his kids, or at least his daughter for the time being going by the evidence on hand. Akshay has shared an adorable video with his 9-year old daughter, Nitara, from the park, where they can be seen feeding some cows, and it’s father-daughter goals raised to infinity. Also Read – Trending OTT News Today: Ananya Panday vibes to Gehraiyan by the sea shore, digital debut of Aditya Roy Kapur goes on floors and more

Check out his video below:

On the work front, Akshay Kumar delivered his first highest grosser of the year last year with the superhit, Sooryavanshi.