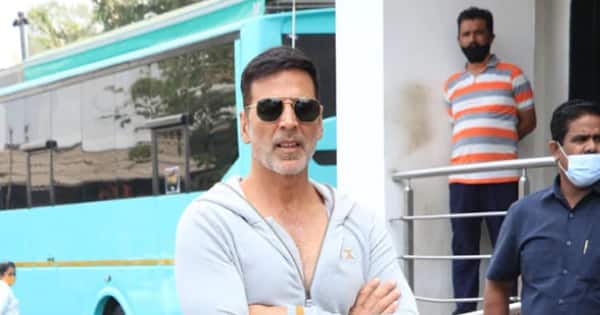 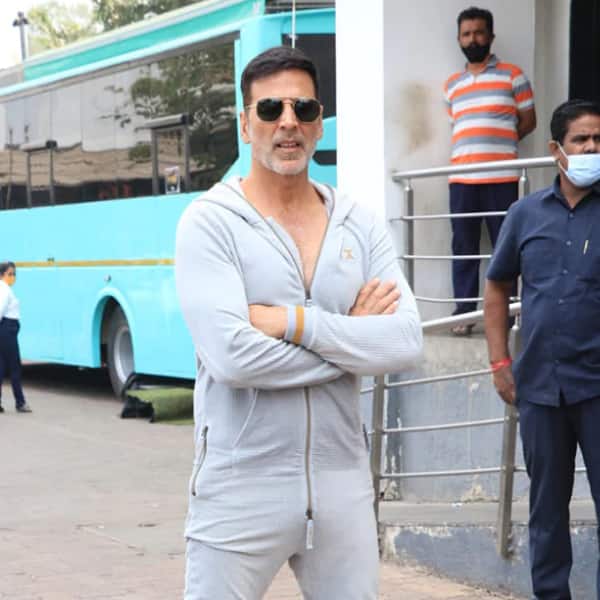 The Bachchhan Paandey trailer has hit all the right notes from the moment it dropped online. Everything from Akshay Kumar’s look to the songs to the background score to the concept, colour palette and feel – all have clicked big time, creating massive hype for the movie. Coming to Akshay Kumar’s look, his borderline antagonist avatar is being loved by one all – he seems like the perfect anti-hero in Bachchhan Paandey, a combination of fear and aggression we love. However, he disclosed why said aggression of his has no impact at home. Also Read – The Kapil Sharma Show: Akshay Kumar and Kapil Sharma ‘bury the hatchet’; team Bachchhan Paandey shoots with the comedian – View Pics

Akshay Kumar, Kriti Sanon, Jacqueline Fernandez, Arshad Wari and the Director of Bachchhan Paandey, Farhad Samji, arrived for a press conference today, 9th March, at Mumbai’s prestigious Inorbit Mall in Malad in the presence of a huge media contingent. While addressing the media, Akshay was asked about the one place where his fear and aggression, which we’re witnessing on screen in Bachchhan Paandey, doesn’t work in real life. Without hesitation, the superstar shot back that his home is the only place where he can’t show any of that fear ajf aggression, ergo, can’t the only place he can’t be a Bachchhan Paandey. No prizes for guessing who’s the boss at home between Akshay Kumar and Twinkle Khanna, and that’s how it should be. Also Read – Kartik Aaryan-Kriti Sanon, Rhea Chakraborty and more Top 5 viral pictures of your favourite celebs trending today