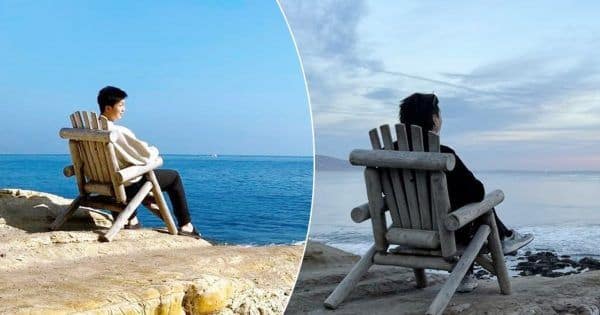 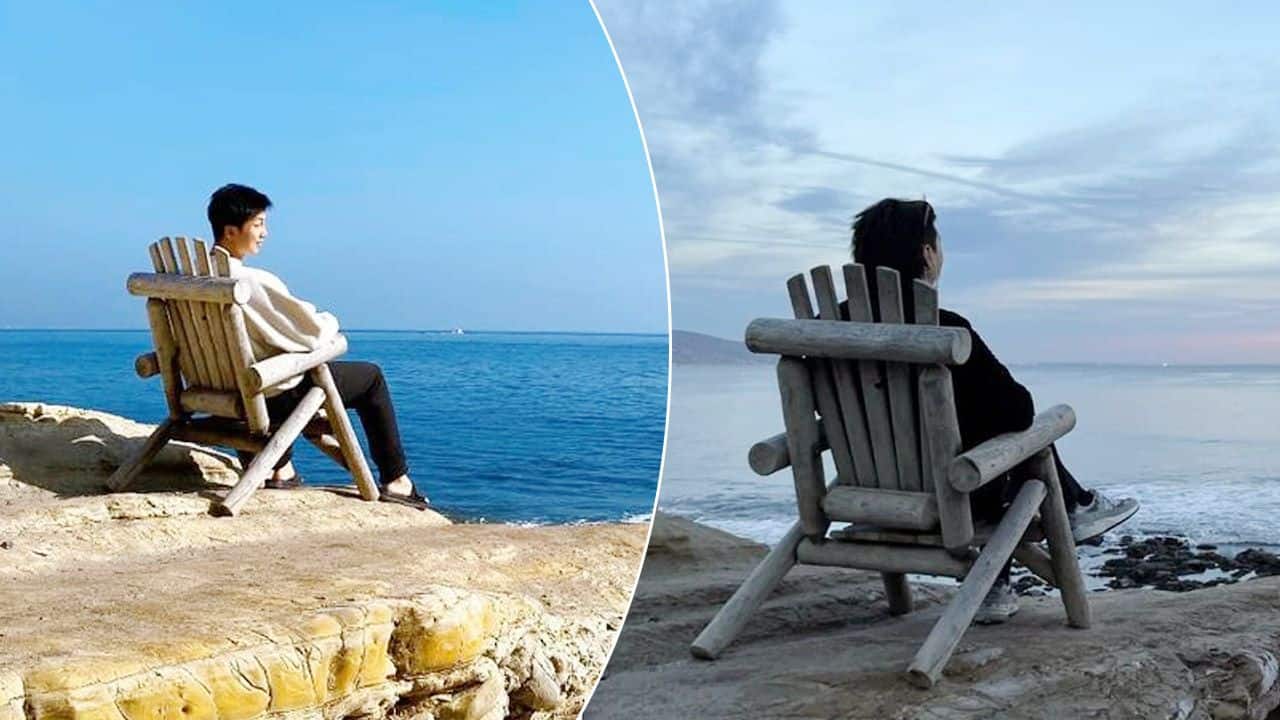 BTS fans are on cloud nine. Ever since the septet has joined Instagram, there is no shortage of pics and Insta stories. RM has been leading from the front. He has literally been posting daily twice or thrice. ARMY got to see so many museums because of Kim Namjoon. He posted pics from the interiors, of the artworks and landscape surrounding the buildings. SUGA was a little slow but whenever he posts his posts captivate you. Well, Min Yoongi has posted a picture of him sitting by the beach staring at the waves. It is from the same location, Malibu where we can see the stunning sea and gorgeous skies. Take a look at the pic… Also Read – BTS V aka Kim Taehyung REVEALS he hardly ever walks and just stays in bed after his leg injury

Fans know that RM started his account with this pic of him sitting at the seafront. The singer was bare-faced. It was even tough to recognize him, and many wondered if it was his father. SUGA has stayed back in the US for some days. His collaboration Girl Of My Dreams has been released. It has again helped him set goals as an Asian soloist on the Spotify and Digital Song Sales chart. ARMY rallied behind this project as it was a special one. Also Read – BTS leader RM will win your heart with his choice of Christmas 2021 gifts for his band members

The fans in the US have been careful not to disturb the boys in their vacation. In fact, fans working at the museums and Alcatraz Prison (which SUGA visited) realised only after they left that they such distinguished guests. Now, we wonder if RM and SUGA did a trip together to Malibu. Also Read – BTS X Vogue X GQ Korea: RM, V, Jimin, Suga and others make ARMY scream ‘Daddy’ as they give professional models a run for their money in show-stopping photoshoot

Ahhhhh did they go to Malibu together? pic.twitter.com/EZyCRRu2tY

The two have also created records on the Billboard Digital sales chart with their songs. The best thing is that none of their work was promoted anywhere. Kim Taehyung and J-Hope vacationed together in Hawaii along with their families. It is nice to see how BTS is enjoying this holiday period to the fullest.