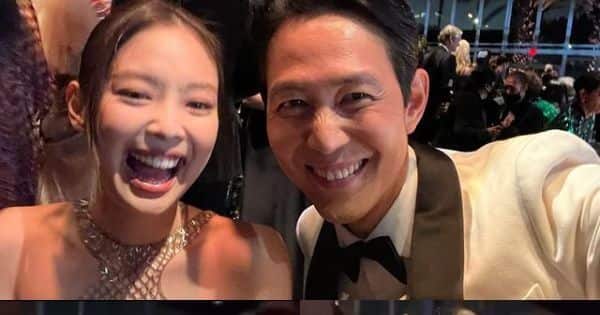 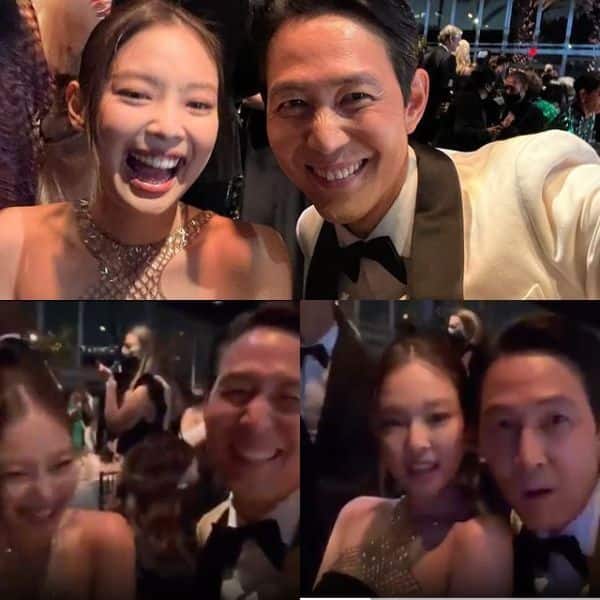 Squid Game’s lead star Lee Jung-jae opened his Instagram account recently and we must say that he is loving the platform. Though he is not a pro but Lee Jung-jae seem to be enjoying making content for his fans. He is about to touch five million followers soon though he made his debut at the start of October 2021. The handsome actor was a guest at the LACMA awards 2021 which he attended with the rest of the Squid Game cast. His pictures with Jennie from Blackpink and Leonardo DiCaprio had gone viral. Today, he shared his video with Jennie from Blackpink. Both of them are looking so cute in the small clip where she says hi to everyone. Also Read – Trending Hollywood news today: BTS V aka Kim Taehyung’s big-eyed selfie leaves ARMY drooling, Selena Gomez hits back at a troll over her drinking joke and more

Jennie is a close friend of HoYeon Jung who did a wonderful job as Kang Sae-byeok on the show. Her acting left us moved. The LACMA awards were held in the first week of November in Los Angeles. We saw pictures of HoYeon Jung and Jennie together. It seems Jennie’s mother is a huge fan of Lee Jung-jae who is a successful actor and producer in Korea. He started off as a model and made people sit up with his acting chops. Even Joanna Chun whose name came up in the BTS V dating rumours was there at LACMA. Also Read – BTS: Jin, RM, J-Hope sell off a portion of their shares in HYBE, become richer by MILLIONS – read details

Lee Jung-jae is sharing his moments in the US with fans. The Squid Game cast went on Stephen Colbert’s show as well. He said it was wonderful to see people recognizing him with the name of his character. Blackpink’s Jennie and Rose were in Los Angeles for a long time. The K-pop girl group is apparently working on a comeback. Jennie made news on LACMA because she wore a dress from a brand, which was not one which she endorsed. It seems she could not post pics in it! Also Read – BTS V aka Kim Taehyung shares big-eyed selfie to kick start his birthday month; ARMY gets busy drooling over his moles