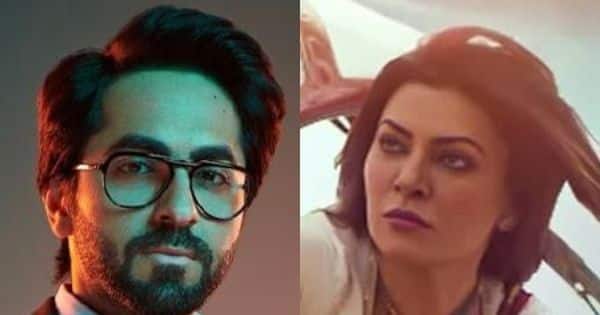 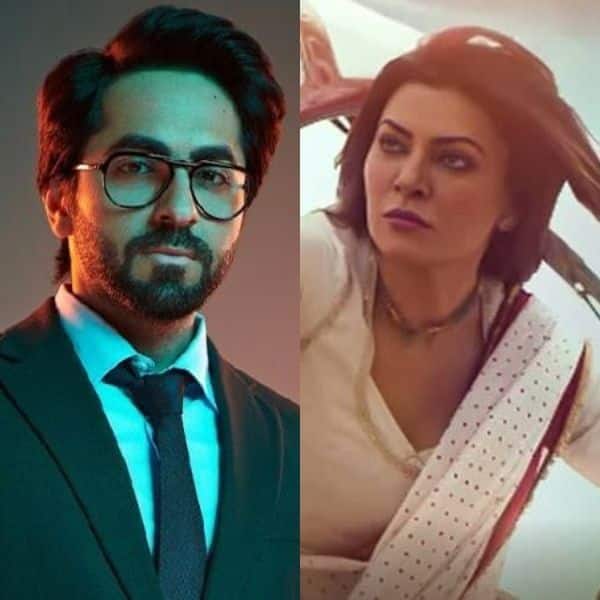 With another day folding up after plenty of hustle, bustle and eventful occurrences, it’s time to look back at the biggest newsmakers from the OTT space who’ve made it to the trending entertainment news today. From Ayushmann Khurrana turning into Money Heist’s Professor and Sushmita Sen calling herself “lockdown specialist” after Aarya 2 to Atrangi Re’s Chaka Chak song, Sara Ali Khan’s gratitude for Chaka Chak’s response and Abhimanyu Dassani’s dancing skills on the sets of Meenakshi Sundareshwar – here’s all what grabbed headlines to make it to the trending OTT news today… Also Read – Trending OTT news today: Katrina Kaif – Vicky Kaushal offered massive amount by OTT giant for wedding footage, Shakun Batra’s next with Deepika Padukone to release on OTT and more

So, without further ado, here are the OTT newsmakers of 29th November 2021:

Recalling her time on the sets of Aarya 2, Sushmita Sen said, “We’ve become lockdown specialists now! We either release during a lockdown or shoot during it, that’s our new thing! When we completed the shoot for Aarya 2, on our farewell, we said how blessed we were to be working during the pandemic. There were so many people who had to sit at home, but this is also a nice culmination of teamwork. We had Disney+Hotstar, Ram Madhvani films, the entire crew and the cast together. Everyone just pulled in following the rules and making it possible.” Also Read – Atrangi Re: Aanand L. Rai REVEALS major Salman Khan connect in Akshay Kumar-Dhanush-Sara Ali Khan starrer

A new song from Akshay Kumar, Sara Ali Khan and Dhanush starrer Atrangi Re is out. Chaka Chak is a dance number by Shreya Ghoshal and essentially features Sara Ali Khan and Dhanush. The video follows Sara trying to woo Dhanush who is getting married to another girl. Sara’s seductive charm is very high as she flaunts her power moves. Dancing on the South Indian beats is not easy but Sara does an impressive job. What remains to be seen is whether Dhanush will be wooed or not. Atrangi Re is scheduled for an OTT release on Disney Plus Hotstar on 24th December 2021. Also Read – Aarya 2: Sushmita Sen REVEALS what’s common between her and Aarya; calls the series a ‘SEXY’ show – Watch Video

Expressing gratitude for the love showered on Atrangi Re’s Chaka Chak song in no time, Sara Ali Khan said, “Really overwhelmed at the Chakachak response to Rinku. The trailer and my first solo song has released so far and the love that’s coming my way is exciting. Working with Aanand Ji (Aanand L. Rai) has been all that any actor could want so I’m truly grateful that he chose me to.”

Abhimanyu Dassani’s dancing skills on the sets of Meenakshi Sundareshwar

In a throwback video, Abhimanyu Dassani is seen flaunting his smooth, swift and impressive dancing prowess that earned him applause from the crowd gathered on the set of his recently release OTT film, Meenakshi Sundareshwar. Abhimanyu has unfolded a new facet of his skills in the dance video, generating excitement for his upcoming projects. Watch it above…

Read the full story here: Ahead of Money Heist finale, Ayushmann Khurrana dresses up as Professor and REVEALS his plan