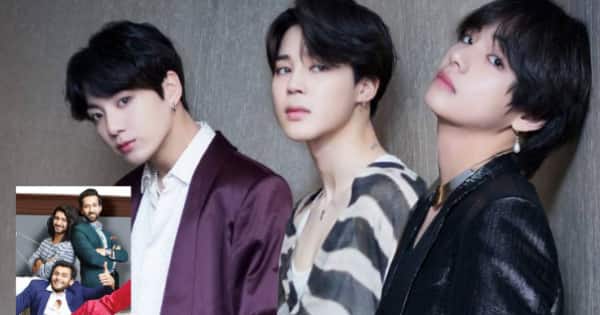 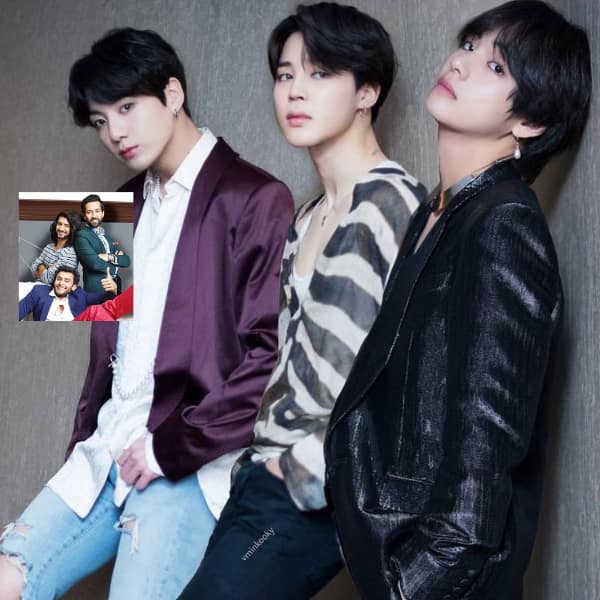 BTS ARMY is creative, no, helluva creative. Last time we had shared a video of ARMY’s edit of the Super Tuna song to Ranveer Singh’s Tattad Tattad music video. And today, we are here with a new edit. This time ARMY has visualised the boys – RM (Kim Namjoon), Jin (Kim Seokjin), Suga (Min Yoongi), J-Hope (Jung Hosoek), Jimin (Park Jimin), V (Kim Taehyung) and Jungkook (Jeon Jungkook) – as the cast of Ishqbaaaz. You read that right. For those not in the know, Ishqbaaaz was a superhit TV show that starred Nakuul Mehta as Shivaay, Kunal Jaisingh as Omkara and Leenesh Mattoo as Rudra in the lead with a supporting cast of Navnindra Behl as Dadi, Mahesh Thakur as Tej, Mreenal Deshraj as Janhvi, Siraj Mustafa as Shakti and Nikita Anand as Pinky. And ARMY has imagined the maknae line of BTS as the trio, three Oberoi brothers Shivaay, Om and Ru. Also Read – BTS POLL result: Jungkook’s director skills from G.C.F in Tokyo impresses ARMY the most

You read that right. Jimin is seen as Shivaay Singh Oberoi who is a workaholic but loves his brothers to death. BTS V as Omkara who loves art and unique things that only a few can get. And Jungkook as Rudra, the fitness freak and a party animal at night. If you thought that the video will only feature the Maknae line, then you are in the wrong. The video also features the Hyungline. J-Hope is seen as Tej, the businessman. Suga is imagined as Svetlana. RM is seen as Shakti while Jin is seen as Pinky. Namjin and Sope are together! The promo cut looks just fantastic. Watch the video here: Also Read – Trending Hollywood news today: BTS members mark their debut on Instagram, Alec Baldwin deletes his Twitter account post Rust incident and more

ARMY is truly creative in imagining Jimin, V and Jungkook as Shivaay, Omkara and Rudra. Their personalities match really well. Meanwhile, BTS has made their Instagram handle and are slowly getting the hang of it. Within a couple of hours of their Insta debut, the boys have got more than 10 million followers on Instagram. The Bangtan boys have made a couple of posts as well. However, Taehyung and Suga have expressed how scary it is to get used to it. BTS boys’ Instagram handles are also quite unique. Also Read – BTS V’s mellifluous vocals in OST for BFF Choi Woo Shik’s Our Beloved Summer mesmerises ARMY – view tweets