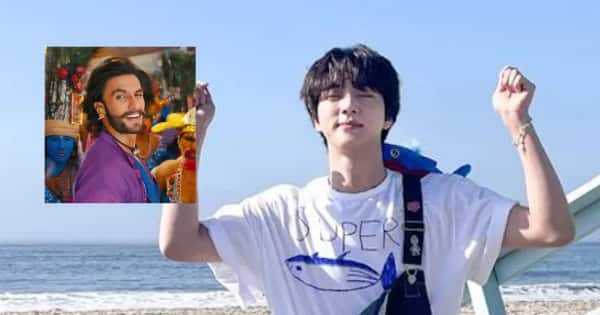 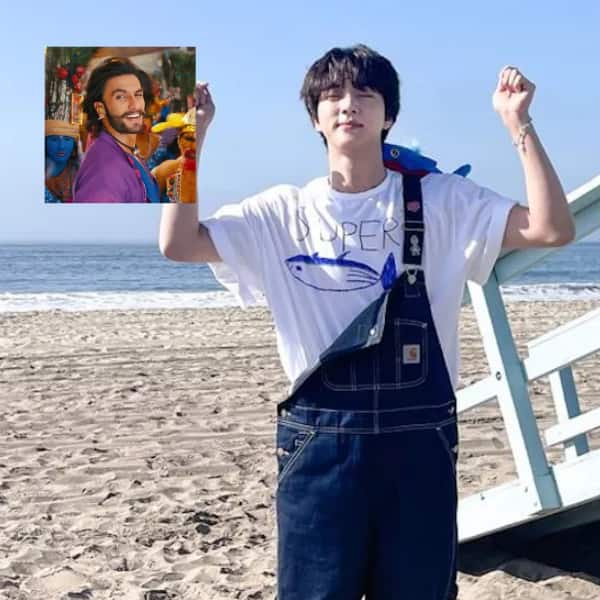 Bangtan Boys are currently in LA enjoying their overseas schedule and some time off after their Permission To Dance on stage concert. Just yesterday, it was BTS member Jin aka Kim Seokjin’s birthday and Mr Worldwide Handsome wanted to give ARMY a return gift for surprising him during the concert and again at iHeart Radio Jingle Ball. And so, during his birthday VLive yesterday, Jin gave a special written gift to ARMY, a bop called Super Tuna. The song resonates with Jin’s love for fishing. Jin’s moves and the song are super adorable and super catchy. In case you missed out on the goofy video, watch it here: Also Read – From Katrina Kaif to Deepika Padukone – Top 5 Bollywood actresses whose net worth is MORE than their actor partners – check list

Meanwhile, ARMY got creative and came up with its own version featuring Bollywood’s energy machine, Ranveer Singh. Yes, you read that right. ARMY has edited Jin’s Super Tuna with Ranveer Singh’s Tattad Tattad. And the result is hilarious. Ranveer Singh’s moves are in perfect sync with the beats of Super Tuna which makes it more fun to watch. Have a dekko the video below: Also Read – BTS’ Jin birthday recap: Fans’ celebrations from Peru, Moscow, is testimony of the immense love for the band’s eldest hyung — view pics and videos

For those not in the know, Ranveer is like Jin in some ways. They both just love such mad stuff. Their energies are kinda alike on stage as they both would go to any extent to entertain their fans. Talking about the video, ARMY has a super reaction on seeing Ranveer groove to Super Tuna song. Check out some of the ARMYs’ reactions here: Also Read – BTS’ Jin gives a return gift to ARMY with a song called Super Tuna – A bop expressing the birthday boy’s love for fishing

To whoever made this, I LOVE YOUR SEXY BRAIN ?? pic.twitter.com/OqIaQ1OWaR

This is so funny omgggg?

This is so wholesome ??

So nice please can you send me ??

Meanwhile, talking about Jin’s birthday, ARMY gave the eldest BTS member a surprise on the last day of their concert at the SoFi Stadium. They had special heart cutouts with Jin written in Hangul and also moon covers for ARMY Bomb in place to express their love for Jin. Worldwide Handsome Jin over overwhelmed with ARMY’s gesture. He almost cried. When BTS made an appearance on Jojo Wright’s Jingle Ball, the host and ARMY yet again surprised him with a three-tier cake and a birthday song.

Bangtan boys become the top artist with BUTTER topping Billboard’s year-end charts for 2021 #theviraltime
Shraddha Kapoor once AGAIN proves to be a part of BTS ARMY; sings My Universe to her dog – watch #theviraltime
Advertisement