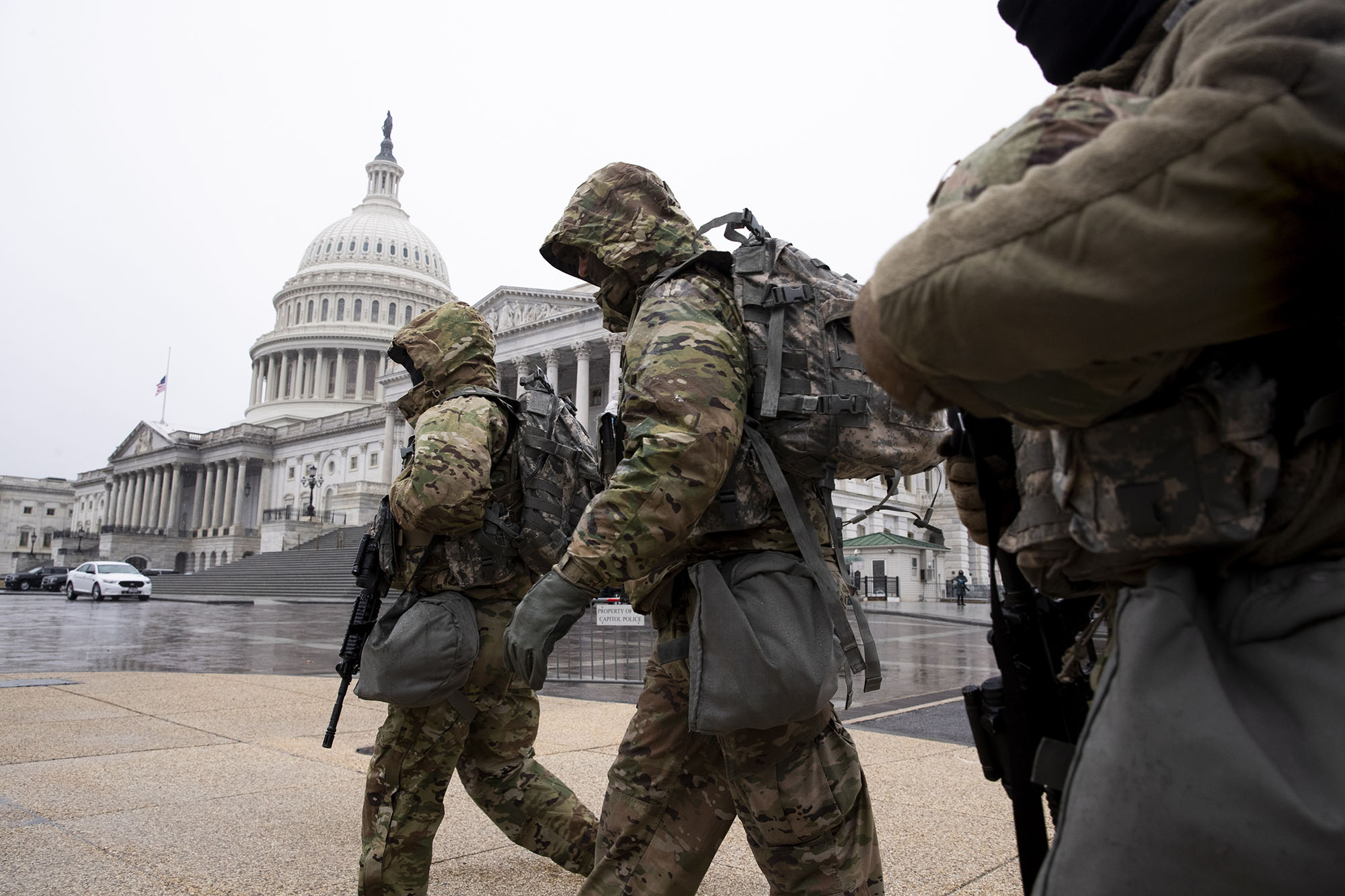 Washington, DC, isn’t, counter to what you might think, a war zone.

The city isn’t divided down the middle between the forces of the United States government, on the one hand, and secessionist rebels, on the other. Insurgent forces aren’t mortaring Reagan National Airport. Neither Virginia nor Maryland is about to declare war on the district.

And yet thousands of National Guard troops are still in the city, and security measures undertaken in the immediate aftermath of the riot at the US Capitol remain in place.

This is bad policy and bad symbolism. It is too much, too late. It is a classic bureaucratic overreaction to a failure that can’t be undone by theatrical measures after the fact.

If a fraction of the current National Guard troops had been present at the Capitol on Jan. 6, the mayhem and national trauma might have been avoided. According to press reports, various officials didn’t like the “optics” of having the National Guard on call prior to the protest or rapidly deploying it during the violence — and so, instead, we got the optics of a rabble breaking into the Capitol and, now, the optics of ongoing security overkill.

The situation in Washington follows a classic American pattern, which is to botch something out of the gate, then throw massive resources at the problem to recover in overwhelming fashion.

But the Capitol riot wasn’t, say, Pearl Harbor, and we aren’t now in World War II. Policy makers shouldn’t act as if every day is another potential Jan. 6, and they need to be mindful of the impression created by transforming the heart of Washington, DC, into a militarized zone.

At the height of the deployment, there were about 25,000 National Guard troops in Washington, some of them famously sleeping on the floor of the Capitol. Now there are about 5,000 troops slated to stay until at least mid-March, although an internal Department of Defense e-mail obtained by the local Fox 5 news station contemplates them remaining much longer.

In the e-mail, a Pentagon official says it’s necessary to ascertain how many National Guard troops “we can sustain for an extended period — at least through Fall 2021 — and understand additional options for providing [Department of Defense] support, to include use of reserve personnel, as well as active component.”

Then there is the 7-foot razor-wire fence erected around the US Capitol that lends a Berlin Wall touch to a building that stands for self-government and heretofore has been amazingly open.

The fence is ugly in all senses. It inevitably brings to mind war zones and dictatorships. It speaks of a profound distrust between the government and the governed. It disrupts a charming neighborhood. In short, it sits very uneasily in a democratic republic, or it should.

The Capitol is one of the most recognizable buildings in the world. Completed in fits and starts over the decades — including the notable setback of getting burned by the British in 1814 — it isn’t technically an architectural wonder. The building’s grandeur ultimately derives from what happens there, from the fact that, throughout our history, the people’s representatives have met in its chambers to debate the nation’s affairs in what is a still an awe-inspiring exercise in democratic accountability and openness.

By all means, take extraordinary lengths to protect the Capitol when threats are high. But to cut off this, of all buildings, from the broader public behind a fence that belongs outside a US Embassy or at the southern border would be tone-deaf, high-handed and unreasonable.

The rioters on Jan. 6 trashed the Capitol and disrupted a time-honored electoral ritual. There is no reason to compound the offense by blighting forevermore the symbolic center of our democracy.