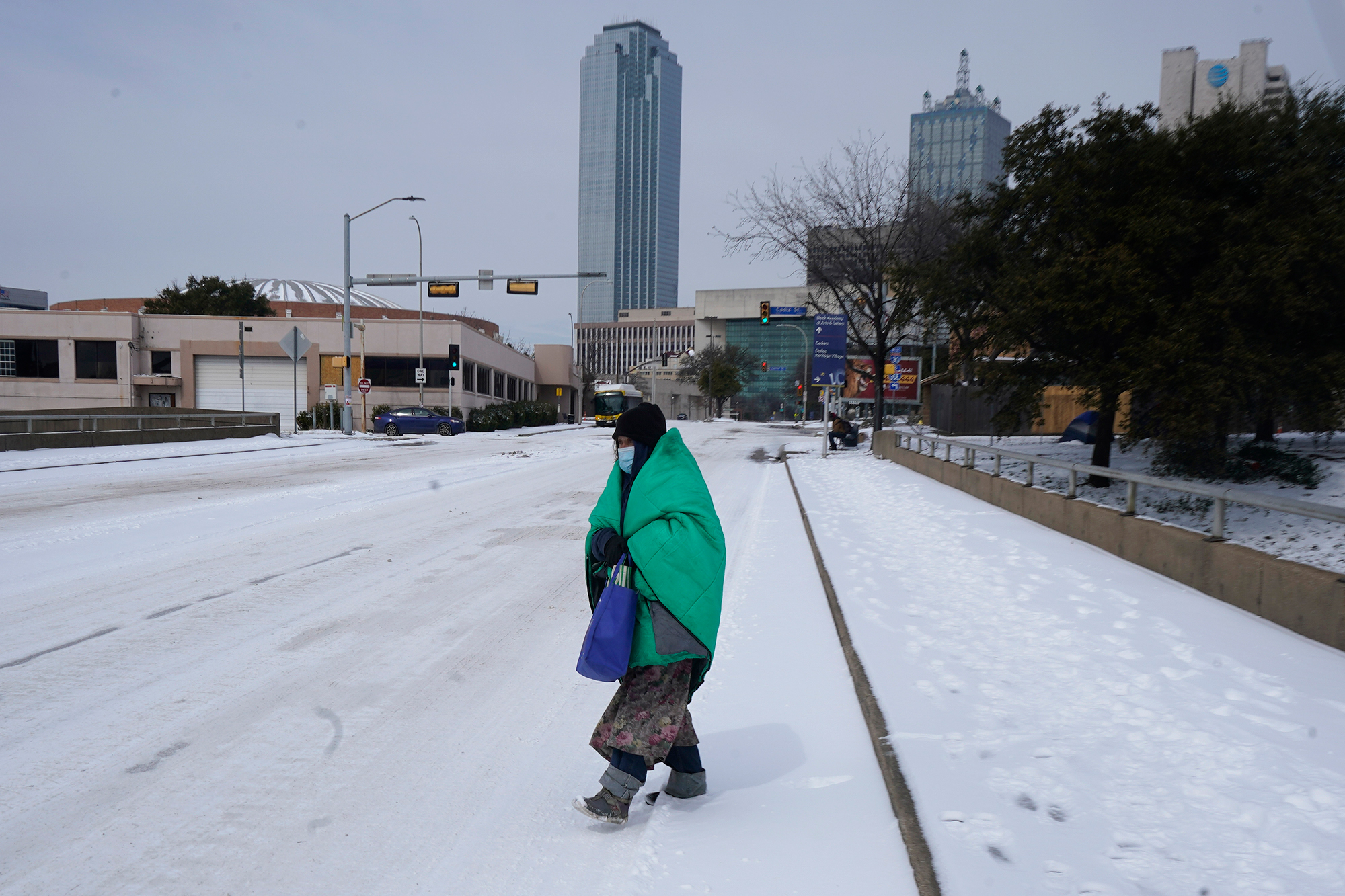 MEMPHIS, Tenn. — Workers in Tennessee raced Sunday to fix water mains that failed in freezing temperatures, and COVID-19 vaccine shipments resumed as the South carried on with efforts to recover from the winter weather that paralyzed parts of the nation.

In Texas, where millions of people endured days of bitter cold without power, officials urged President Joe Biden to visit as soon as possible.

Ten inches of snow fell in Memphis last week, followed by a sustained cold snap. The area saw temperatures that were as much as 40 degrees below normal, according to the National Weather Service. With the forecast calling for temperatures to climb into the 50s, the city expected to see significant melting of the snow and ice that accumulated on streets, sidewalks and roofs.

Now the problem is not enough water.

Memphis remained under a boil advisory Sunday after officials said they were concerned that low water pressure caused by problems at aging pumping stations and a rash of water main ruptures could lead to contamination. Memphis, Light, Gas & Water has not said when it expects to lift the advisory, which has been in place since Thursday.

The utility’s president and CEO, J.T. Young, compared the situation to a hospital patient in critical condition.

“We are in the red status, if you will,” Young said Saturday.

About 260,000 homes and businesses were under the advisory. Hospitals and nursing homes switched to bottled water. The Tennessee National Guard was supplying St. Francis Hospital with water.

Nearby Baptist Memorial Hospital has taken on some of St. Francis’ patients, particularly those who need dialysis, said Dr. Jeff Wright, a pulmonary and critical care physician at Baptist. That hospital has a water purification system for dialysis and has water reserves for tasks such as cooking and bathing patients, he said.

Flights resumed Saturday at Memphis International Airport after everything was grounded Friday because of water pressure problems. Some problems still lingered, but airport officials set up temporary restrooms.

At least 76 deaths have been attributed to the weather across the country.

Meanwhile, the White House said about a third of the COVID-19 vaccine doses delayed by the storm were delivered over the weekend. The weather created a backlog of about 6 million doses as power outages closed some vaccination centers and icy weather stranded vaccine in shipping hubs.

White House press secretary Jen Psaki told ABC’s “This Week” that about 2 million of the 6 million doses have gone out.

“We expect to rapidly catch up this week,” she said.

Due to the wintry mess, local health officials last week vaccinated more than 500 people with doses that otherwise would have expired, including hundreds at homeless shelters and residents of a historically Black neighborhood who were mostly seniors with underlying health conditions.

About 37,000 customers in West Virginia were still without electricity Sunday, down from a peak of 97,000, according to Appalachian Power. The utility planned to use helicopters and drones Sunday to identify problems in remote areas. Some homes have been without power since back-to-back ice storms on Feb. 11 and Feb. 15.

About 30,000 customers remained without power Sunday in Kentucky, including more than 14,000 Kentucky Power customers in the state’s eastern reaches, according to poweroutage.us, a website that tracks outages.

President Joe Biden is eager to visit Texas, which was hit especially hard by the weather, Psaki said. Biden hopes to travel to the state this week but “doesn’t want to take away resources” from the response, she said.

“He is eager to go down to Texas and show his support,” she said. “But he is also very mindful of the fact that it’s not a light footprint for a president to travel to a disaster area.”

“We certainly would welcome him,” Turner said.

The Houston area saw low temperatures last week that were dozens of degrees below normal. The low on Tuesday was 13 degrees (minus 10 Celsius), 34 degrees below normal, according to the weather service. The forecast for the area Sunday called for a high of 65 degrees (18 Celsius).

“When a crisis hits my state, I’m there,” McCaul said. “I’m not going to go on some vacation. I know Mr. Cruz called it a mistake, and he’s owned up to that. But I think that was a big mistake.”

Texas man shoots wife, then himself inside doctor’s office #theviraltimecom