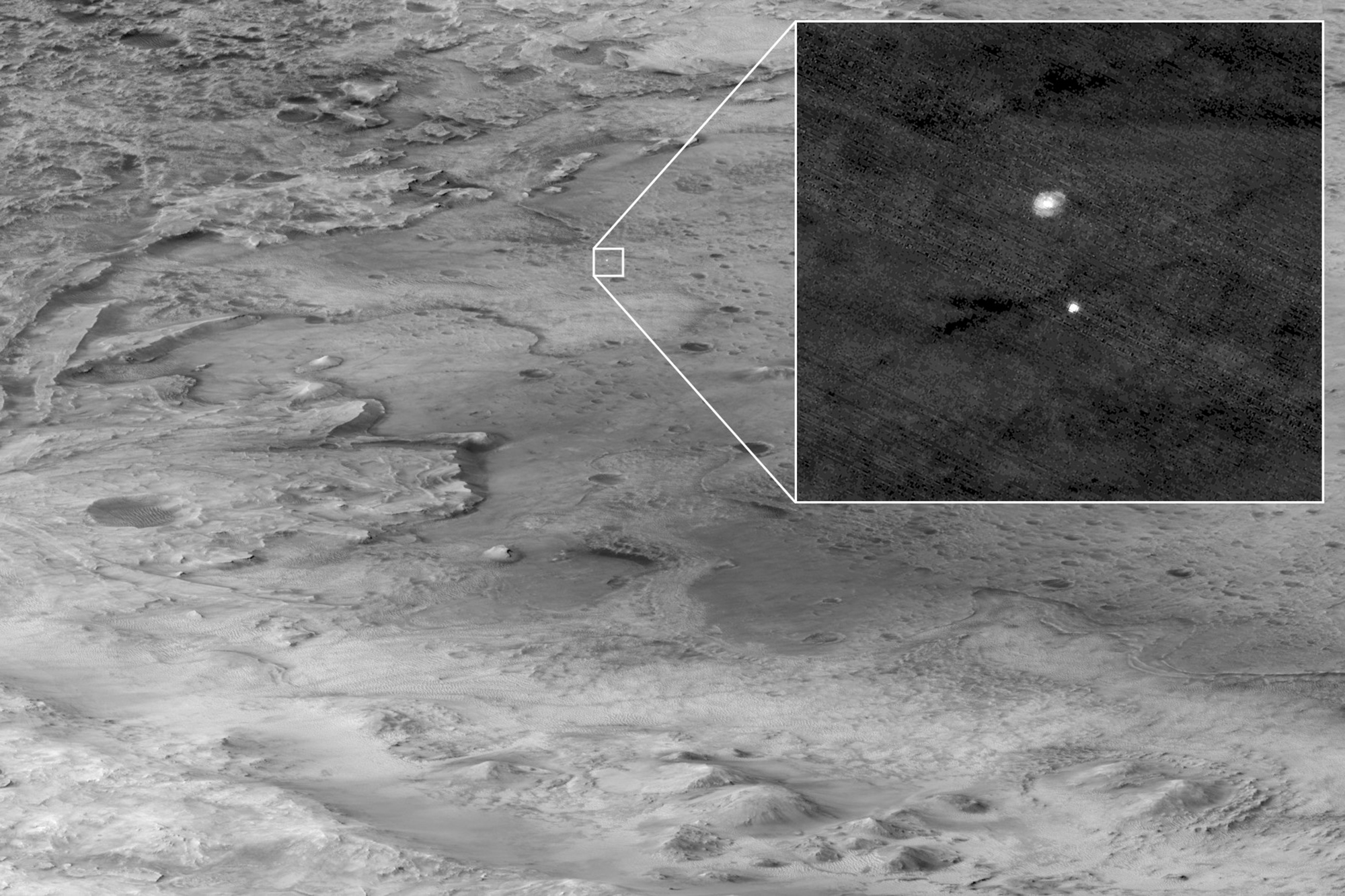 NASA has released video showing the moment its “most sophisticated” rover, Perseverance, touched down on the Red Planet — and the “seven minutes of terror” it endured when fighting through tumultuous conditions to enter the atmosphere.

The footage, which came from the rover’s 25 cameras, shows the release of Perseverance’s sonic parachute and the ejection of the heat shield as it prepared for touchdown.

As Perseverance entered Mars’s atmosphere, it was battered by the planet’s tumultuous conditions before approaching the surface.

When the parachute was deployed, the rover was able to capture the first footage ever recorded of Mars’ dusty, red terrain as it floated down and landed amid the planet’s many craters.

“For those who wonder how you land on Mars – or why it is so difficult – or how cool it would be to do so – you need look no further,’ acting NASA Administrator Steve Jurczyk said in a statement.

“Perseverance is just getting started, and already has provided some of the most iconic visuals in space exploration history. It reinforces the remarkable level of engineering and precision that is required to build and fly a vehicle to the Red Planet.”

Sid the doggo meets his puppy sister for the first time. His excitement is infectious #theviraltimecom