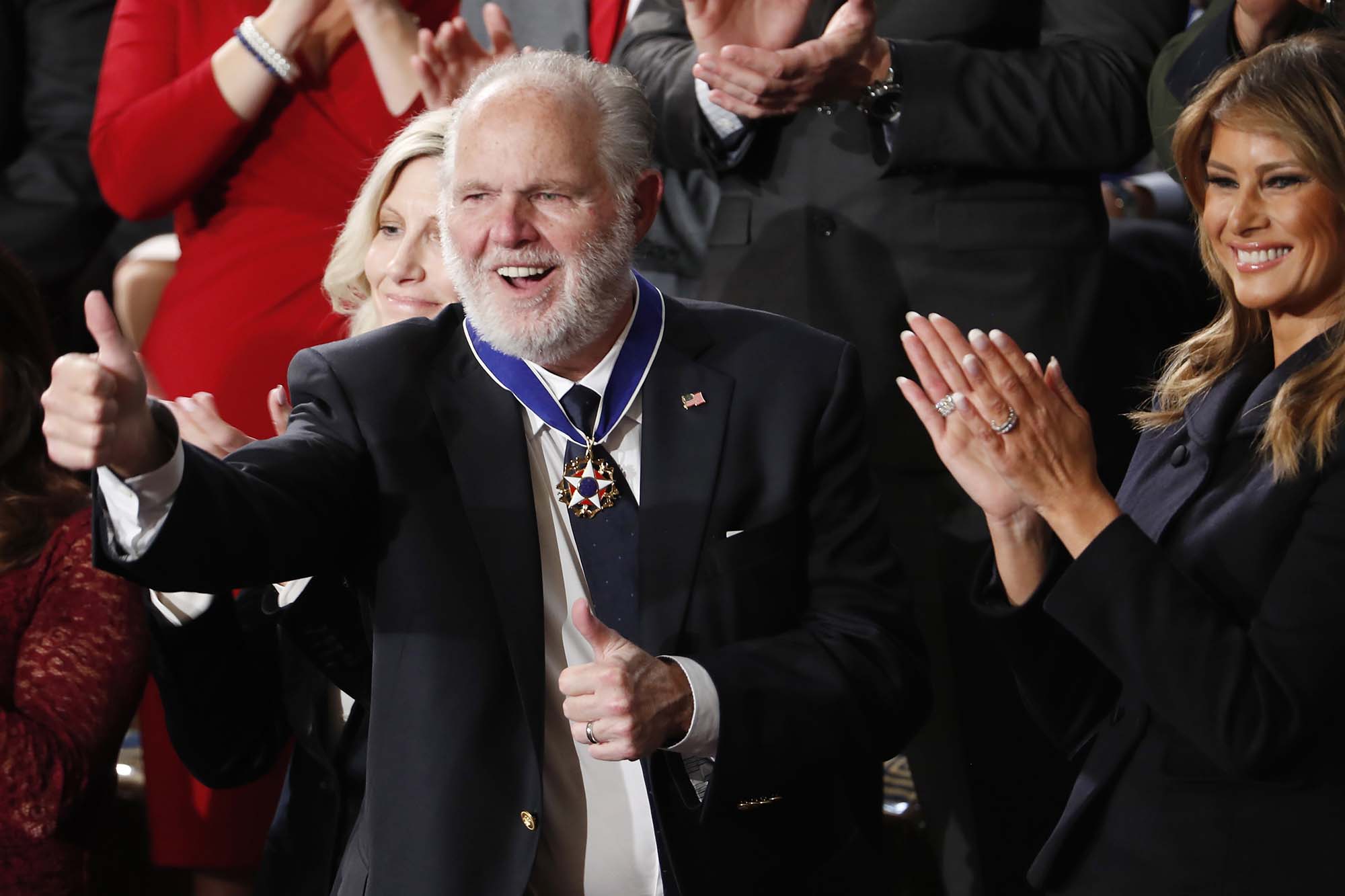 The Issue: The death of conservative radio host Rush Limbaugh at the age of 70.

That’s how much of a transformational figure he proved to be for me and for millions of others.

He renewed an AM radio industry that was in a death spiral. He enabled the burgeoning of a widespread, grassroots American patriotism that had been started by President Ronald Reagan but needed an heir to the leadership position. Rush was always there, year after year.

Rush clearly loved America and its people. Always the gentleman, while he hilariously lampooned the liberal chattering class, his respect for callers was universal, no matter their political slant.

Rest in peace, Rush. I will miss you and your very American sense of fairness and decency.

With Limbaugh’s passing, the voice of American conservatism has gone quiet, perhaps for good.

The fake-news media will continue spreading the vile gospel of the DC Swamp while GOP politicians continue to pretend they’re not just Democrats in bad suits.

With Rush gone, there’s no one brave enough to point out you can’t spell liberalism without “l-i-e-s.”

Thank you for your positive Rush Limbaugh articles.

In the 1990s, when Rush had his TV show filmed in New York, I went to be in the studio audience three times and met Rush personally.

He was extremely cordial, well-mannered, respectful to everyone (audience, staff and television technicians alike) and eminently humble. I was in the audience for his 45th birthday show and also on Ronald Reagan’s 85th birthday.

He preferred honoring others to being honored himself. I have heard Rush described as arrogant and self-absorbed, but if you met him in person like I have, he was anything but.

I was saddened to learn the news of Rush’s passing, a true broadcasting legend and pioneer in conservative radio. As did many others, I grew up with Rush (starting on local media in New York on WABC radio) when I was ducking high school.

I knew at that time, he would be a force to reckon with, and it made me want to go into politics or broadcasting.

No one can replace Rush, nor stop the movement he began. He raised AM talk radio from the dead, brought conservative media into existence, and saved the Republican Party when it was losing its way.

He was a principled, humble and charitable gentleman in his private life, and a fierce lion and defender of American ideals of freedom, less government and the pursuit of happiness. Rush’s talent on loan from God has come due, and paid in full. RIP.

Conservative radio icon Rush Limbaugh was a torch of truth who kindly guided listeners through good times and troubled ones alike.

Liberals and the mainstream media will try to diminish, demonize and decimate his legacy.

But “Dittoheads,” with whom he forged a personal connection, knew Rush to be a caring, humble individual who just happened to be a genius and a master communicator.

Driven by his devotion to conservative values, Constitution, and country, Limbaugh was broadcasting almost until his last breath, handling a Stage 4 cancer diagnosis with unparalleled grace and grit, almost daring it to take him down.

While his golden voice gliding across the airwaves is already missed, the legend lives on. Sayonara, Rush, and may the angels guide you home.

The Post has it exactly right when it says that Rush Limbaugh “was an entertainer first, and only then a political commentator.”

Beyond the information one always picked up from his radio show, that’s what made me listen to him over many years.

Want to weigh in on today’s stories? Send your thoughts (along with your full name and city of residence) to letters@nypost.com. Letters are subject to editing for clarity, length, accuracy and style.