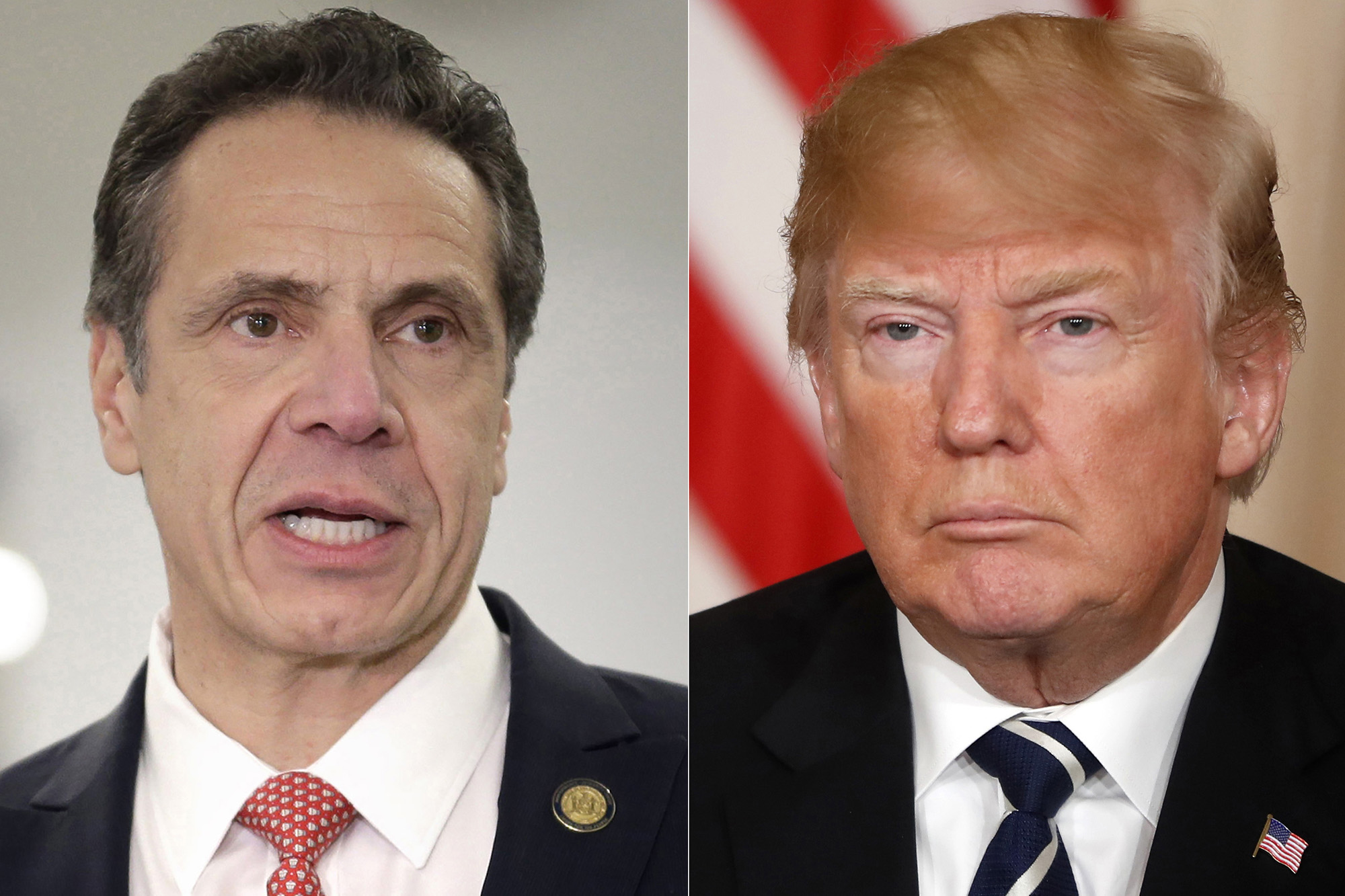 So it turns out Gov. Cuomo is more like former President Donald Trump than even . . . Trump.

“You have not seen my wrath,” Kim says Cuomo fumed. “You will be destroyed.”

Right on cue, Cuomo on Wednesday fired torpedoes at Kim, charging him (sans evidence) with “unethical, if not illegal” behavior. The gov just happened to make the allegations right after Kim — whose uncle died in a nursing home in April after suffering COVID symptoms — slammed Cuomo for his handling of nursing homes and refused to recant.

It’s not just the bullying. Think about it: Both Trump and Cuomo hail from Queens, followed in their father’s business and eventually reached high office. They share enormous egos and thin skins, insult critics childishly — and exaggerate and outright lie to embellish their record and to hide damaging facts.

Indeed, the pair behave so similarly, you might wonder what’s in the water in Queens.

Yet Cuomo’s darker qualities, the kind so often attributed to Trump, may have escaped ordinary New Yorkers’ notice, because the press so often closes its eyes to them.

Start with their fibs: Many are so transparent, and bizarre, as to be near humorous. Trump claimed audiences far larger than what video actually showed. Cuomo once feigned shock over toll hikes he himself had surely OK’d.

While the press blamed Trump instantly for the Capitol riot, only The Post and a few other outlets fully covered the nursing-home scandal from the start.

This week, the governor again insisted nursing-home deaths “were always fully public and accurately reported.” Huh? His top aide admitted his staff withheld info, supposedly out of fear it might be used against them in a federal probe.

That revelation has critics calling for Cuomo’s impeachment. Trump, meanwhile, has already been impeached — twice.

Then there are their egos: Trump claims he accomplished more than any other president. Cuomo wrote a book offering himself as a model of “leadership” amid his disastrous COVID decision-making.

They share a short temper, intolerance and a sharp but juvenile tongue: Just this week, Trump called Mitch McConnell “unsmiling.” Cuomo once insisted “conservatives” — he called them “extreme conservatives” — “have no place” in New York. His attacks on folks in private are far more vicious.

Mayor Ed Koch long blamed Andrew Cuomo for campaign posters that read “Vote for Cuomo, Not the Homo” during the 1982 Democratic gubernatorial primary against his dad, Mario.

Then there’s how they deal with negative news stories. Trump dismisses them as “fake news” (many really are untrue). Cuomo likewise denies unflattering reports, calling them “political.” This week, he accused The Post of getting it wrong on his nursing-home debacle. (We didn’t.)

The men have their differences: They’re on opposite sides, politically. One is an experienced pol, the other a real-estate mogul, TV celeb and political outsider.

Yet the biggest contrast is how the media treat them, routinely depicting Trump as a cartoon villain while helping Cuomo become a heartthrob for “Cuomosexuals” who went on to win an Emmy.

Which raises an important question: All else equal, who’s more dangerous — a leader like Trump, whose flaws and lies are blatant, obvious and called out unfailingly? Or one who’s more skilled at deception, more polished politically and less subject to scrutiny?

True, Cuomo is no former President Barack Obama, who could say almost anything and have many people buy it. Yet even as the governor’s nursing-home coverup was being exposed, Cuomo still managed to win a favorable approval rating from 56 percent of New Yorkers, a Siena poll this week found. Fawning media coverage no doubt contributes to that.

Trump and Cuomo are two sides of the same coin. But unless you scratch the surface of both sides equally, you can easily miss that fact. New Yorkers are only now beginning to find out just how costly an oversight that is.