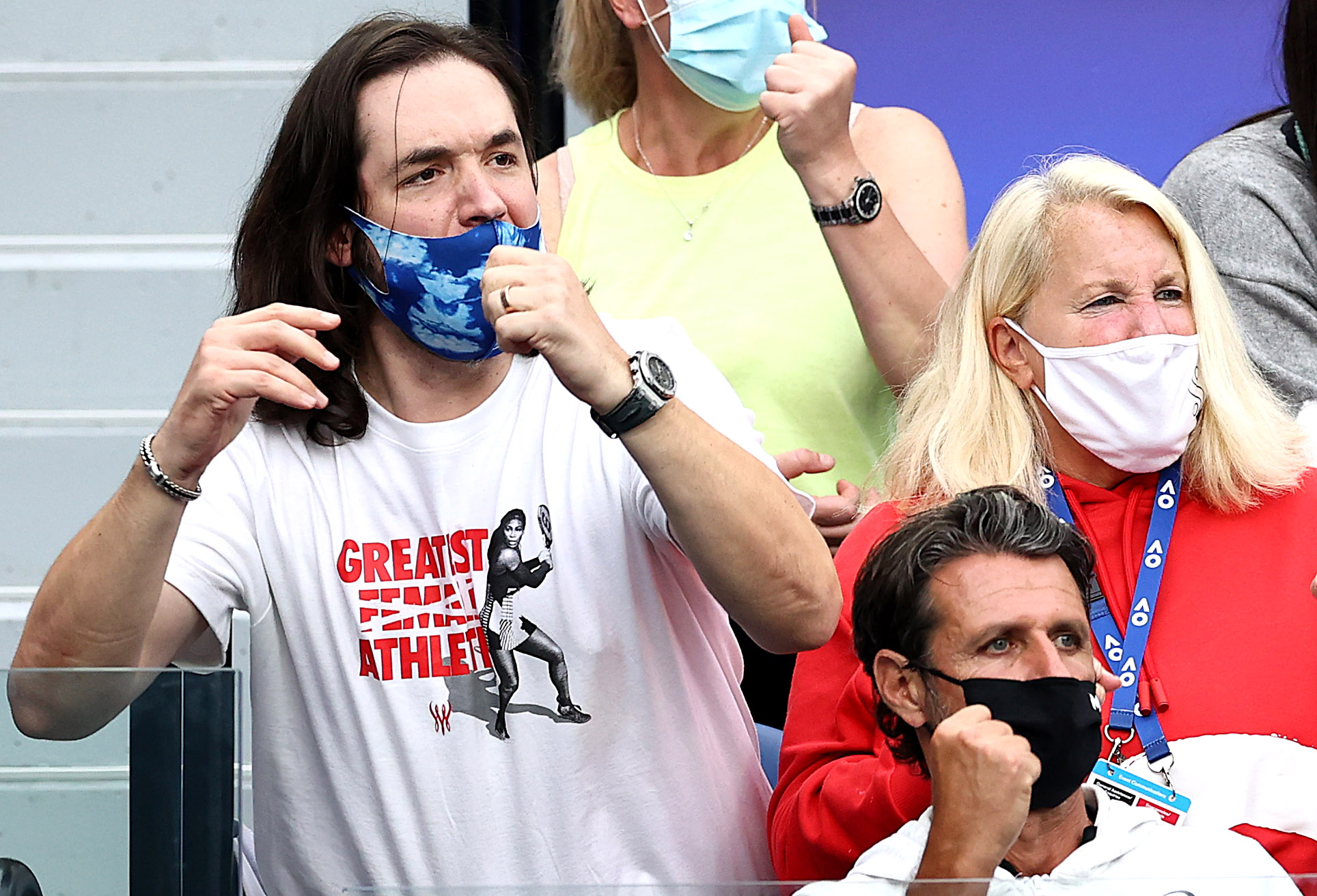 You couldn’t look away from Serena Williams during her quarterfinal win over Simona Halep — unless it was to get a glimpse of her husband.

Williams was crushing winners from everywhere as she sought revenge against Halep, who thumped the American in straight sets the last time they met in the 2019 Wimbledon final.

The 39-year-old was locked in to start proceedings on Rod Laver Arena, and didn’t her husband know it.

Rocking a T-shirt that said “Greatest Female Athlete”, with “Female” crossed out, Alexis Ohanian — the co-founder of online forum Reddit — made it abundantly clear he was willing to take on the role of No. 1 supporter at a match with empty stands.

Before the contest even started he was giddy, gesturing excitedly as he looked more pumped up than any of the players we’ve seen at Melbourne Park over the past week-and-a-half.

That was only the beginning.

As his wife charged towards her 40th grand slam semifinal, Ohanian pumped his fists, cheered, provided encouragement, waved his hands wildly and stood up out of his seat regularly to applaud and show Williams some love.

Ohanian also posted a blunt message on Twitter after the match. Referencing comments by former Romanian Olympic tennis star turned billionaire businessman Ion Tiriac, who said Williams should quit because of her age and weight.

Ohanian had every reason to cheer as Williams kept her dream of a history-making 24th grand slam singles title alive by blitzing Halep 6-3 6-3.

The Romanian humiliated Williams at the All England Club two years ago but the American got her revenge. She was all over the world No. 2 in her best performance of the tournament, overcoming a topsy turvy start to the second set to put her on a crash course with Naomi Osaka in the semifinals.